Any favorite sports/players/moments? Any surprise likes?

Please list complaints and/or bitches elsewhere. I will erase any negative commentary with no explanations.

I like the cycling* and racket sports. The women's road race was really engaging and interesting, which is not always the case with anything that is four hours long. They say this race will go down as one of the greats, as she was a lone rider in a team sport and led from the beginning. I'm looking forward to the track racing, but I also have no plans to look up when it is happening. If I see it, I see it. I've also watched some fencing and quick glances of other, lesser known sports. Also skateboarding, which I still don't understand because of how organized and regimented it is. That's NOT what skateboarding is. Skateboarding was a huge part of my life, but they've managed to turn it into watching paint dry. I never look up schedules or when certain events are airing. For me, that's a big part of the fun. Surprise me. Teach me something about a sport of which I know nothing.

The tennis has been OK, but the high temperatures and the way the stadiums were built are wearing on the players. There's no air flow in these things, so they're acting like ovens. The funny thing about the design is everything is hard. Meaning, the balls hit the back wall and spray all over the place, making it a pain in the butt for the ball people.

Oh, and the Australian swimming coach last night when his swimmer beat Katie Ledecky in the 400m was classic nutso testosterone weirdness. The poor Japanese Olympic worker didn't know what to do with him. I'm sure you can find it on youtube. I don't think I'd like to live in Australia. I've thought that for a long time, but little things like this make me think it isn't that far removed than Chechnya.

*When I was a kid, we were on family vacation and happen to be in an area where Olympic trials were in progress. We went to two events: a tennis match and velodrome bicycle track racing. I believe the velodrome was outdoors? My parents made that decision, and I have no idea why. The tennis match bored me to death, and because we seated ourselves in the middle, our necks got sore. There's a reason why the rich people boxes at tournaments are on one end and not in the middle. But I got the bicycling bug bad after watching the track racing. Fascinating, skilled stuff on a strange track. I was already a bike nut because of living in a tiny farm town where we biked everywhere, but seeing these Olympic trials coupled with the movie Breaking Away set me on a trajectory of dreaming about bicycles and touring the countryside rather than thinking about cars.
Last edited: Jul 26, 2021

I did see the women’s cycling cross country road race thing and yes, it was indeed epic. Something like that is just neigh unto impossible. So…wow!

Watched women’s skateboarding…the stairs & rails thing. It was fun. 13 y.o. “women”. Amazing stuff. I used to skateboard too…home made gear…downhill longboard. So the “street” stairs and rails and then the “park” halfpipe kind of stuff are both alien from my experience though I’ve watched them before. From the little 13 y.o. girl to the 28 (?) y.o. woman…they have guts for sure. Shooting off a 12 step high concrete staircase knowing you’re going to go sprawling across the concrete at the bottom about half the time is amazing.

Watched women’s and then men’s “handball”…not the two man four wall court version I used to play…but the long court thing that looks like a cross between basketball and Aussie rules football. My wife used to play that version in college and loves it cause the Olympics are the only time she gets to see it. Interesting and fun.

I’ve already seen numerous instances of high level sportsmanship from the individual athletes. That’s also one of the high points for me.

OH! And Nacho Fries are back at Taco Bell. The clouds part, the sun shines through, the birds start singing. All is right with the world. 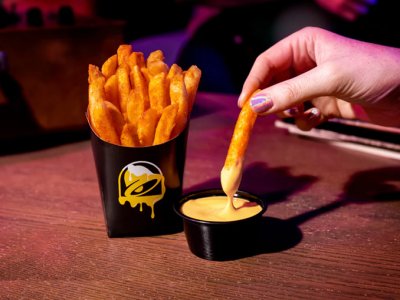 Blackhorse said:
I’ve already seen numerous instances of high level sportsmanship from the individual athletes. That’s also one of the high points for me.
Click to expand...

Indeed. When sports and events tame the ego, or at least put it in check for a moment.
Last edited: Jul 26, 2021

Remember when USA women's softball blew everyone out but the Australians? But even then, they never lost? They haven't lost yet, but a couple-few games have required them to come back in the final inning or two. Not a good pattern. I'm glad there is some competition though. It was boring as heck to watch them crush everyone by double digits.

To me, the "real" Olympics are the track and field events.
Bob Hayes, 1964, running the last leg of the 4 x 100.
Lining up for the 4x100m relay, Team USA was in disarray. Two of their original lineup - Mel Pender and Trent Jackson - had been injured and had to be replaced by substitutes prior to the race.
By the time the baton was passed to Bob Hayes for the anchor leg, he found himself behind half the field. What transpired next would be possibly the greatest example of sprint running in history.

Hayes stormed back past the rest of the competition to win gold, doing it in a time that is still contended to be the fastest anchor leg ever recorded, estimated as fast as 8.60 seconds; faster than Usain Bolt, faster than Carl Lewis, faster than anyone in the long, storied history of the sport.

And keep in mind, track was Hayes' secondary sport. He ran track for fun, considered himself a football player first.

I know we're not supposed to be negative here, and to be honest, as much as I associate positive things with the Olympics, it has always represented [to me] a host of negative things as well. One of them is cheating, and that is not limited to Russia. Not necessarily limited to drugs and doping, but the honcho Olympic Committee itself is an ugly thing at is sanctioned by the world because of it is unhealthy love athletics. From local sports all the way up to world sports. It's amazing what we, and the world, will put up with because of sport.

So they get banned, but all they have to do is change their name and not don their flag? What a toothless thing it all is. Quite the precedent.

I'm actually getting a little nervous, getting ready to watch the women's 100 meter sprint. Three Jamaicans in the finals, Rasta Mon!

All three get medals.

l missed him but watched her. It was fantastic! So many great stories.

In women's tennis gold/silver match, Belinda Bencic "icing" Vondrousova before her serving is within the rules, but it was an unsavory strategic move nonetheless. I remember when Wozniacki did that to Halep at the Australian Open. One of those rules that should have been changed a long time ago, but few players dare to use it like this. It's not a good look. I like Bencic, but I like her less now. It's similar to calling a time out in football before a kicker kicks a field goal in the final seconds to possibly win a game. Everyone in tennis talks about how you shouldn't be able to call a medical time out before the other person serves. You should have to wait until you serve. A loophole win. Unfortunate it couldn't be a more pure situation.

If you watch diving, a basically unknown from the USA won bronze. That's in interesting world. It looks like a harmless sport, but because of all the extreme extension of the limbs, everyone is taped up like they just got out of a rugby war.

USA swimmers have done a remarkable job. I especially like Bobby Finke winning 2golds from out of nowhere. Thrills and chills folks

I remember a few years ago when we all rooted for USA to win. It's a shame politics has infested the games.

I almost always root for the USA except when there's a real dark horse. I was stunned by the 4 x 400 mixed relay ( 2 men, 2 women) I thought the USA would leave every other team in the dust. When the Polish female #3 handed off the baton to her male anchor, I thought this is where the USA blasts ahead, but the guy was very tall with a long stride and he refused to give up the lead and the Polish team took gold. They were so happy, I was happy with them.

Just watched Laurel Hubbard from NZL in women's weight lifting. She used to compete as a man but stopped out for 15 yrs. Now she's back as a woman and is the first openly trans gender person to compete in the Olympics. How does that square with the women who were higher than allowed on testosterone levels who were not allowed to compete unless they submitted to drug therapy to suppress their testosterone level? It's more complicated than it used to be, that's for sure.

Blackhorse said:
It's more complicated than it used to be, that's for sure.
Click to expand...

Yup, particularly when there is a child born which is undifferentiated, showing sex characteristics of both sexes.

Perfect for My LED Projector and On Sale