air flow - what do you think?

This is going to be all over the place. Links provided as mentioned.

I watched Jay Mouton talk about air flow. I've never heard of him. While not rocket science, it was interesting to hear his process. From 4mm to lesser back to 4mm. Something like that anyway (see video for accuracy). He funnels it narrow off the shank airway and then opens it up again about half way through the stem. So the airways essentially has an hour glass shape. As he talked about air flow, he was down on the fake funneling of factory pipes; the visual of an opening at the button that really does nothing in function because the actual airway is a straight tube until it is a couple mm from the end of the stem.

While I believe air flow is key, I question whether this more highly engineered and detailed stem work results in that much better of a smoke than a factory pipe. This is purely an ignorant statement on my part, because I've never owned a pipe that had this kind of engineering and polished airway. I have had, however, many fantastic smoking factory pipes that had, as he described them, fake funnel stems. Matter of fact, I prefer a more restricted air flow than what seems to be the consensus preference, and my favorite brand of pipe has that fake funneling at the button. I've actually laughed about all the stuff going on at the button on those pipes and thought it is probably all for aesthetic purposes and not for any function at all. But we could all be wrong, because they're great smoking pipes. I very much appreciate Mouton's attention to detail and think a highly polished airway sounds cool as heck, but are we talking theory or actual results?

He also talked about not being able to butt the tenon up against the mortise wall because you have to leave room for expansion. So, there is an unavoidable space between tenon and mortise wall that creates turbulence. It got me to thinking about how Charatan has a double-step tenon. That's my term. I'm not sure what it is known as in the industry. In appearance, those tenons sort of look junky, but as I thought about this expansion and turbulence, I wondered if it wasn't actually a smart idea to have this other level of tenon sticking into the airway while the rest of the tenon could be adjusted for said expansion. So maybe it wasn't the result of cheap molding, but a smart design. I've posted about this Charatan in the past on the forum, but it again begs some questioning. See images below.

I just recently had a situation with a new estate pipe where I was getting poor performance with gurgling at best, and at worst, a drip coming out of the space between shank and stem. I do not like to modify pipes, but I felt I had no other choice. I was excited about this pipe, and it was really disappointing to have it making noises and dripping. I could see a tiny space between stem and shank when I held it up to the light. Like .025mm or something small like that. I first wanted the pipe to stop dripping. I had never experienced that. It's not good. So I carefully sanded the end of the tenon until there was no visible space between shank and stem. Matching solid. Not only did that stop the dripping, but the gurgling was now gone too. It turned the pipe from night to day. A great smoking pipe now and a new favorite. But I also know that there is no expansion area like Mouton described. The tenon is butt up against the mortise wall. It has to be, because tenon length is all I modified. So, is it indeed necessary to allow for expansion?

I would love to hear opinions about all this. Maybe some of the makers can chime in and give is their theory. 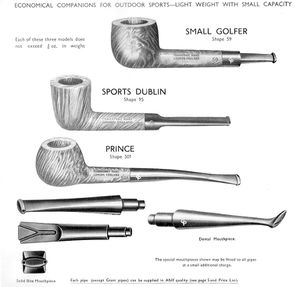 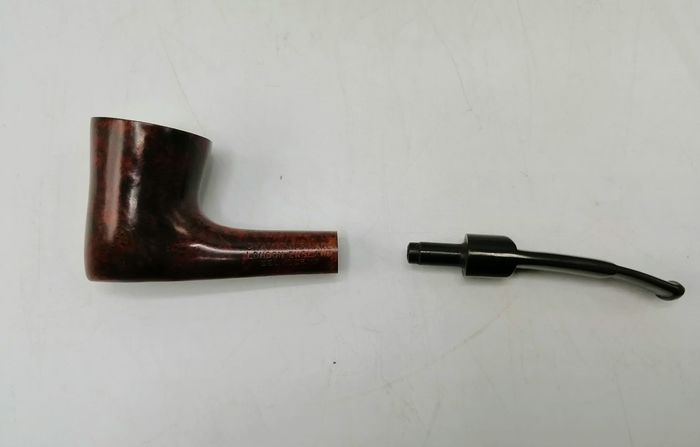 I watched the video as I was curious about funneling, or the lack of it in recent pipes. I recently recieved some cobs with acrylic stems and wasn't happy with the restricted draw. I started by drilling the airway from the tenon to start of the taper stepping up one bit size at a time and finishing at 9/64". To create the funnel I used a drill bit that was the same width as the unfinished funnel and slowly removed the acrylic to create a funnel ending at the redrilled airway. The pipes smoke much better, but, I smoke filtered cobs without a filter and enjoy the wide open airway so YMMV!
Share:
Facebook Twitter Reddit Pinterest Tumblr WhatsApp Email Share Link