Band of Brothers and Carentan

Following on from my post in 'what are you reading', I thought I'd share the pic below of my son stood facing the house in Carentan that housed the German MG42 that confronted Dick Winter's who was tasked with the offensive.  For those who are familiar with it, it is depicted in the 'Carentan' episode of the Band of Brothers.  The pic was taken during our recent family holiday to Normandy. 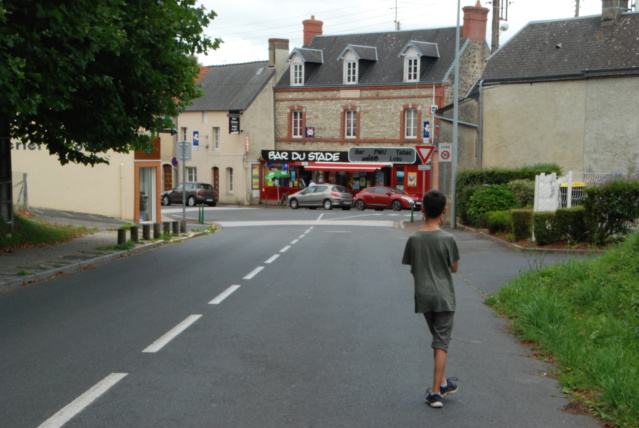 If buildings could speak...

Here's a screen shot from Band of Brothers taken from YouTube. 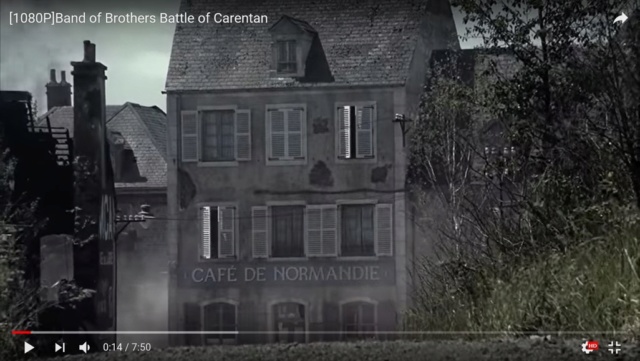 All credit to Hanks and Spielberg, although the relief of the approaching road is wrong (film clip shows the approach to be initially up hill before a gentle descent), the type of building isn't too far off and angle of it in relation to the road is spot on.

That must've been a real intense experience David, knowing the history of it an' all like. No doubt you witnessed other very historic places whilst you were in Normandy. I'd rather like to see these myself someday, as I'm immersing myself in such events at the moment.

More pics when you have time mate, please.

There has been a lot of changes to that building. Lost a story for one thing. Refaced. Could even have been rebuilt from the ground up. But at a glance, it sure has that look of being the same.

Carlos":qyygsjck said:
There has been a lot of changes to that building.  Lost a story for one thing.  Refaced.  Could even have been rebuilt from the ground up.  But at a glance, it sure has that look of being the same.
Click to expand...

I think the building shown in the Band of Brothers is an interpretation of the real one which I believe, despite cosmetic changes over the years, is structurally pretty much original.

The more I've looked into Hank's and Spielberg's efforts, the more impressed I've become.  If you watch the episode you'll see that 2 chaps end up on their own, finding cover behind a building on the left of the street in front of the one pictured above.  It could be coincidence, but the building in my picture with the orange door frame is in exactly the same place as the one in the film.

Yup, it sure was good to be there.  A real mixture of thoughts and emotions.  Nice to share it with my son too who, at the age of 11, is showing a real interest.