As I've re-entered pipe collecting after a long absence, I've grown to appreciate sand blasted pipes in addition to smooth. It seems to me that the surface aesthetics of smooth pipes are much easier to appreciate than blasts in that the natural grain is obvious; the blast finish, on the other hand, results from the intent of the blaster. While I understand that the blaster follows the grain, you see a lot of variation in the depth of the blast as well as the pattern. I think of Cooke's deep blasts as a prime example of intentionality in the carver/blaster. His pipes have really grown on me the more I look at them.

The deeper the better! i think deep blasts really do smoke cooler. I find Eltang rusticated's even better than deep blasts. i think Rad Davis blasts are very apealing and i intend to purchase a few in the coming weeks. for some reason shallow blasts are almost un-appealing. This is an area that the Danes need to learn from the American carvers! I am always a little rough on my pipes, :affraid: and i therefore prefer a blast.

I find that if I look @ one and like it, that is asthetically appealing :lol: :lol: :lol:Seriously I do like the deeper ones, all but a couple of my pipes are yard pipes so to speak, and they get some wear and tear. When the ring grain comes out like a spider web around the heel, I think that is really cool.

I don't necessarily need the deep blast (but Chuck's photo of a J.T. Cooke on the last page of the Pipes & Tobacco Summer '08 is cause for salivation). But I like to see interesting growth rings and grain striation accentuated. Bald is bad to my eye.

Rad's work on my Tinsky's is pretty darn good.

I'm partial to light finishes, knowing that they eventually darken.

That's what I was gonna say. :lol: 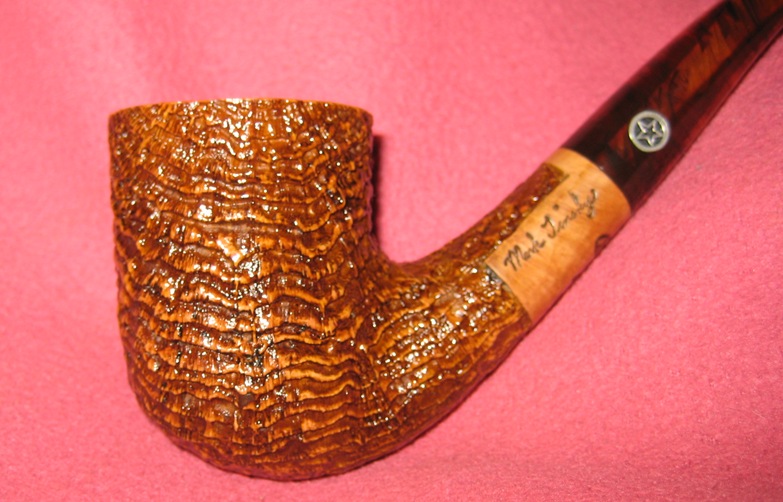 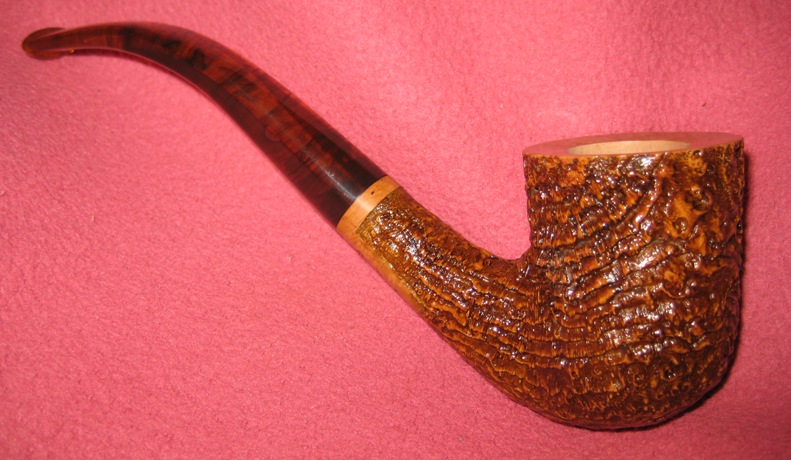 Ring blasts are cool, but I prefer the wild crosscut blasts on old Dunhill Shells.
M

I prefer a sandblasted finish on a pipe. I like the tactile pleasure a blast provides while revealing the beauty of the wood. The depth of the blast isn't the most important characteristic for me; rather, it's how well the blast enhances the appearance of the pipe. A good blast still shows the grain, while enhancing the growth rings of the burl. Shallow blasts can be lovely when done right. I have a Downie sandblast that's not deep at all, but it is gorgeous because it really brings the wood to life.

The nosewarmer trend and a Peterson pipes success story.