Dealing With An Audio Vendor, Frustrating!

As I'm getting older and more likely to move from my house to a smaller residence, I've been pairing down the size and quantity of my audio gear. I had a lot of larger higher end gear. With deteriorating hearing, I came to the realization that the nuance provided by upper end gear was lost on me and I disposed of most.

When I work outside in my yard, I enjoy listening to music...Spotify, Pandora, Slacker, etc. To that end I decided to assemble a fairly portable audio system. Four 6.5" Rockford Fosgate triaxial speakers mounted in a smallish hard sided re-purposed suitcase. Powered by a Lepai four channel 45 wpc, blue tooth receiver/amplifier from Parts Express.com.

I phoned Parts Express to explain the problem. On initial contact, the CS representative was rude and aggressive. We spoke a bit more cordially, after I asked if she was always rude, and if this was her normal behavior, to transfer me to her supervisor.

She said Parts Express would do nothing until they received photographs. I said I would do that immediately, sending from my cellphone to her email address. I did that immediately, but received no confirmation. I phoned again. This time, the same woman was cheerful/helpful. She'd seen the photos, but forgot that she'd promised to confirm.

"All I want is the correct, new item I ordered."

"We're sending you a replacement immediately. Do not send the one you received back to us. Properly dispose it. It appears that it's used and it's probably defective; no sense in incurring shipping charges."

Hopefully, I'll get what I ordered. I've already cut the appropriate speaker holes. The speakers are 4 ohm, mounted two on each side of the suitcase. Originally, I was going mount two in series=8 ohms paired, to a small stereo amplifier, but the four channel Lepai with bluetooth and FM tuner seems the best choice. The amp runs 12 volts DC, so I can use a battery pack or use the enclosed powerblock.

Sounds like one heck of a boom box you're building!

That's what I was thinking!

Remember when boom boxes got so big that some had turntables (vertical) in them? I remember drooling over all the MASSIVE boom boxes in J&R Music World. I couldn't afford a real stereo, so those were my lusty wish items. By the way, so many of those old boom boxes are now collectible and can fetch big money, like $1K+.

Cool project, though. I remember when Crutchfield sold suitcase systems for traveling salesmen. DIY it, for sure.

RSteve":7utgcvrs said:
"All I want is the correct, new item I ordered."

"We're sending you a replacement immediately. Do not send the one you received back to us. Properly dispose it. It appears that it's used and it's probably defective; no sense in incurring shipping charges."

Hopefully, I'll get what I ordered.
Click to expand...

I am totally surprised! Parts Express CS placed the order immediately for a replacement and it arrived UPS Next Day this morning.

I just realized that to reduce the number of visible holes in the speaker case, I need two of these.

It's interesting since you mentioned this, I remembered Crutchfield selling a suitcase that had a subwoofer (the suitcase body itself), satellite speakers, and an amp/pre-amp designed for the traveling salesman to set up in their motel room that was better quality than a boom box or a walkman. I always wanted one of those things simply because they looked so cool. So as I'm trying to find what this suitcase was called, I quickly found out that it is all over the internet and pinterest to build your own re-purposed suitcase speaker system. Made it difficult to find this thing I remembered because every search was showing me these home projects. I felt like I had walked into the twilight zone. I eventually remembered the manufacturer and found some photos, but geez!

I elected to use 6.5" Rockford Fosgate triaxial speakers because they're designed to use in an automobile, and cabinet size and material don't have to be exacting. It will, however, be rather humorous if after design and construction, the "boombox" performs and sounds like: 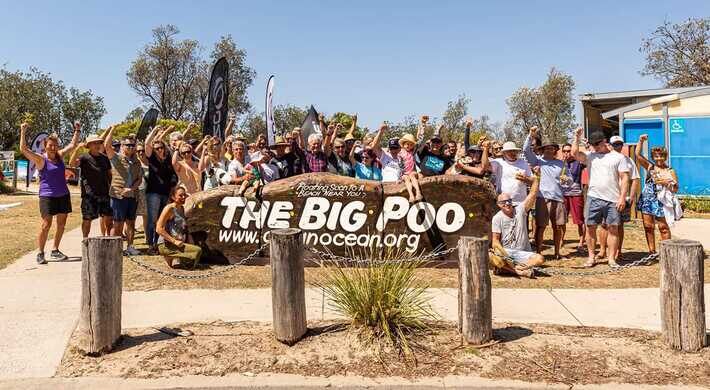 This post disappeared in the transition:
The replacement amplifier I received on Saturday does not have the mounting holes as pictured on the website. Monday morning I emailed the CS representative, with whom I'd been working, to inform her that it was Ground Hog Day again and what procedure should we follow to get me the correct item. By last night, I'd received no response. This morning I followed this link: To: Parts Express President Jeff Stahl and related what had transpired. Much to my surprise, within an hour, the president of Parts Express emailed me with an apology and response. "Our Quality Control staff dropped the ball and accepted a shipment of units that were not to our specification."
So, I guess I'll be drilling holes, which I haven't done in metal in many years. I did just purchase an appropriate bit.

Added some time later: I just got an email that Parts Express refunded my purchase, so the new amplifier is a freebie, but I still have to drill mounting holes.
Last edited: Oct 15, 2020

I decided to add a portable mixer. I'll attach it with industrial strength Velcro. 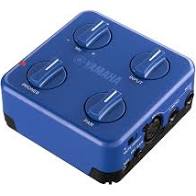 I've got all the parts together, began the assembly and lost my mind. The hard sided suitcase I gutted for the project is too small for everything to fit. No problem for the speakers. I cut the holes with a 140 mm hole saw, but there's not enough surface area for the amplifier and the mixer. Now, it's back to Goodwill to track down a larger hard sided suitcase.

I bought a larger hard side suitcase and installed the speakers. No dice. It rattles. I was fortunate to find a passive subwoofer made of solid 1/2" MDF for $6.00 at Goodwill. It should fit the bill. It was designed as down firing. I removed the 10" woofer and the exterior wiring port and am working through the four speaker holes I cut and the subwoofer hole. The finished product will be "portable" but much heavier than originally planned. I am installing carry handles.

It sounds terrific, but it's far from portable. It was great fun putting it together, but now I'm thinking, it's very impractical. Fortunately the $$ investment was minimal.

Since I wrote the preceding post, I've added carrying handles and a small Behringer mixer to increase the input gain (audio volume) to the amplifier. It sounds great and I can use it as a P.A. with a mic. It really is too heavy to be considered a portable unit.