I have heard of people smoking cut black tea in a pipe. I haven't tried it myself and wonder if anyone else has.

No, thanks. But, some people put also in pipe a crumble crove mixed with pipe tobacco. Is it good, I don't know.

I did once in 6th grade, my friends brother wrapped it in a zig zag and told us it was pot, it wasn't pot, it was tea.

we were dumb kids. Later after smoking lots of real pot we were even dumber

The Beaver once smoked coffee in his Dad's pipe. :lol:

On his trip to Germany, Mr. Rutherford purchases a Meerschaum pipe. Mr. Rutherford gives it to Ward as a gift, and Ward shows it off to his family. Later, Beaver and Larry Mondello are playing when they go inside the house and look at the pipe. Larry suggests that it would be a good idea to experiment with smoking, and Beaver agrees. They first try smoking coffee beans and later ashes found in the ashtrays around the house. Beaver and Larry don't like the effects of their first smoke and vow not to smoke again. After cleaning out the pipe, they replace it in the cabinet. However, when Ward takes the pipe out, he notices someone had tried (not too well) to clean it and immediately fingers teen-aged Wally as the culprit. He takes Wally aside and asks him why he smoked the pipe. Of course, Wally denies the accusation; downstairs, June and Beaver are talking about why Wally is being lectured on the evils of smoking. After Ward comes down and remarks that Wally is being told to stay in his room (indefinitely, if need be), Beaver confesses that he and Larry smoked the pipe. Ward is upset and, after telling Beaver he will need to be punished (for doing something that could have had serious consequences, besides the health ones), he will need to find a way to apologize to Wally. Beaver suggests he should be the one to say, "I'm sorry."

Fred and Gwen Rutherford, away in Frankfurt, Germany, send the Cleavers the unusual gift of a meerschaum pipe, unusual in that they know Ward does not smoke. Not knowing what to do with it, Ward and June decide to treat it solely as a curio to display in their cabinet. When Beaver later shows it to Larry, Larry gets it into his mind that he and Beaver should smoke it, despite Beaver being told that he isn't to smoke until he's twenty-one. Having no tobacco, they first try to smoke ground coffee. Not liking the way it smells, Beaver declines. Thinking Beaver chicken, Larry dares him to smoke it once he can get some real tobacco. Later, Larry does manage to scrounge some tobacco from leftover cigarettes in an ashtray. Larry and Beaver do smoke it, after which they wish they hadn't since they feel sick. Ward and June discover that someone has been smoking the pipe, but they believe it was Wally. They hope that Wally will come to them and tell them what he's done without them needing to confront him with it. Once Beaver finds out why his parents seem so upset, will he confess?
Click to expand...

the rev":a74vumc8 said:
I did once in 6th grade, my friends brother wrapped it in a zig zag and told us it was pot, it wasn't pot, it was tea.

we were dumb kids. Later after smoking lots of real pot we were even dumber

This made me laugh, hard.

I suppose you can smoke anything, though smoking anything I'm sure isn't good for you. Some things less so than others, but hell, it's up to you to ascertain the risks. None of the above sound particularly pleasant, especially smoking coffee. :lol:

And as far as drinking tobac...there's a French liqueur made from Perique. Bottoms up, I guess.

Tried Boswell's Sweet Tea tobacco. Not my cup of tea.

HOTW in a cob.

No, but I have smoked dried banana peels.

DrumsAndBeer":j9u5koyn said:
No, but I have smoked dried banana peels.
Click to expand...

My friend tried to do that in college once. All he got was sick. Is smoking banana peels a real thing, or is just something people tell other people to try just to see if they will?

Not on purpose I haven't, but I can't rule out that something or other wasn't cut with it way back when :|
I

Tea was common slang for cannabis among jazz musicians, beginning in the early 1930s and obsolete by the late 1960s. 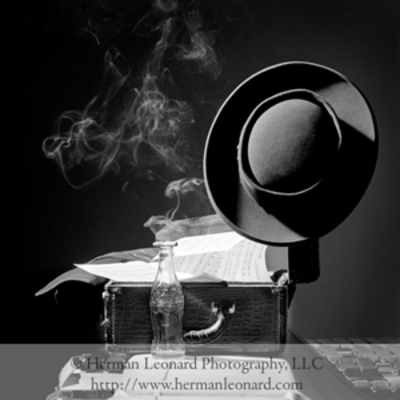 Having A Cup of Tea
2

The sweet smell of briar