How Do They Know I'm Male?

I get so many emails for: 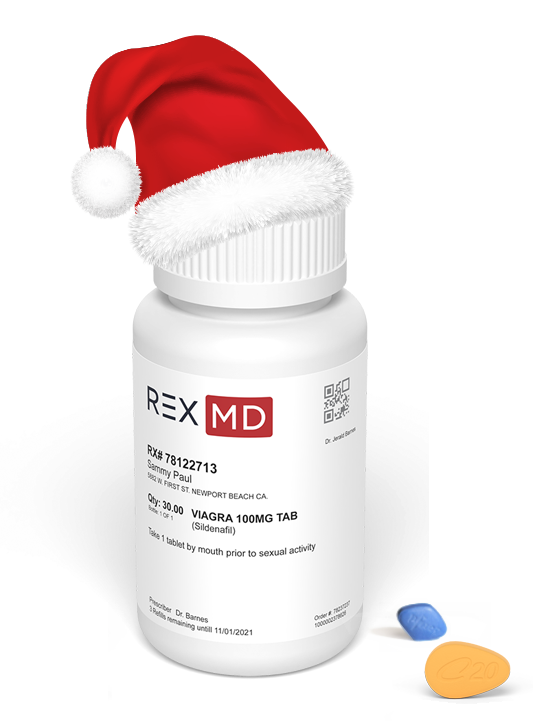 I get emails from Blue Chew, Get Roman, Rex MD, Lemonaid Health, ForHims, and others. Not one day goes by when I don't get an email for ED medication. Most of the emails from U.S. companies have a note at the bottom where you can instruct them to take you off their mailing list. It doesn't matter. I have requested to be taken off all those lists and the emails continue. The emails from foreign sources, they never stop. I asked my older daughter if she gets those emails. She said that she doesn't.
I wonder how they know I'm an old man not a young woman???

Added: Today, I got an email from Gainswave and looked it up: HOME | Med Studio

Doesn't your email program recognize spam and direct those to a spam folder? Or the commercial ones that are supposedly "legit" to a promotions folder? gmail does.

Simply put, your unique ip address tracks everything you see and say. The digital powers that be know what you think about, what your interests are and who you are. And you agreed to that just by using the device you do, and the ”free” services you do. All that is considered against others like you, and advertising is crafted toward what should get your attention. Information capitalism.

Brewdude said:
Doesn't your email program recognize spam and direct those to a spam folder? Or the commercial ones that are supposedly "legit" to a promotions folder? gmail does. Cheers, RR
Click to expand...

My gmail does, but the problem is with my Outlook email. It has focused, other, and junk. The ads arrive in my "other" and some in the junk. Other often has items that belong in focused.

Jevverrett said:
Simply put, your unique ip address tracks everything you see and say. The digital powers that be know what you think about, what your interests are and who you are. And you agreed to that just by using the device you do, and the ”free” services you do. All that is considered against others like you, and advertising is crafted toward what should get your attention. Information capitalism.
Click to expand...

I read a lot of health articles pertaining to geriatric health. I guess when I read those articles, my IP address is recorded.

Answer: marketing profiles. Google and most other corporations suck up data like a vacuum. NOTHING is private today. I was a licensed private investigator in Houston. There's paid databases that I could subscribe to that know everything about you. If you own an android and someone has your name & number in their contacts, it's published and the aggregate data is used to create a profile of everyone you know and everyone who knows you. For instance, I Know Steve and have his email/name/phone # in my contacts, and Steve knows BrewDude adn has him name & number in his contacts on his android, so BrewDude and I have something in common (pipes). That information is platinum to a marketer.

Websites as well. "Privacy statements are usually BS. Not because the web admin is trying to data mine you, but becuase most of the time he just doesn't know. For Instance, this website uses "doubleclick" (https://gcache.ghostery.com/en/gcache/?n=DoubleClick&s=https://googleads.g.doubleclick.net/pagead/id&v=2&t=xmlhttprequest) a google data miner. It also used Google Tag Manager (https://gcache.ghostery.com/en/gcache/?n=Google Tag Manager&s=https://www.googletagmanager.com/gtm.js?id=GTM-ND28H3S&v=2&t=script) a google dataminer script. Darn near every site on the Internet contains Google scripts or Google API's in some form or another.

Data leaks are common as well. Go to https://haveibeenpwned.com and put in your email address. You can see the data leaks if you've been pwned. Such info as employer/race/sex/ip address/home address/DOB/physical address/etc. For instance, my old email address was [email protected]. Put it in and see. literally everything about me is sold on the dark web to anyone who's willing to pay a few pennies per record for a database.

Another example is I use EchoLink on my iPad. I have another app that I can see every IP address my iPad contacts. When I use EchoLink, it contacts AMAZON dot com. There's no logical reason for echolink to contact an amazon server but for marketing. My guess is, Echolink has made it obvious to Amazon that I'm a license ham radio operator since only licensed hams can use EchoLink. More free gold for Amazon. And using my IP address or geolocating, Amazon knows that a licensed ham lives at my house.

It's all for free, for them. Decades ago, businesses had to work for their customers. Today all they have to do is sit back and wait for the zeros and ones to come rolling in.
Last edited: Jan 18, 2022

My house is on a street that ends in a cul-de-sac abutting the playground of a St. Paul public Mandarin language immersion elementary school. A week doesn't pass when I don't get a text, phone call, or email asking if I'd accept a cash offer for my house or "I have a client who has been eyeing your house for several months. Are you in the market to sell yet?"
Obviously, they know I'm late 70s and living alone.

When I get those calls I just say not interested, gonna die here and be buried in my back yard, then hang up. Lol.

Cell phone aggregate data, Steve. I was a network security specialist in the Army. I was stationed in Frankfurt and handled all the network security for US Army Europe . I worked with a civilian contractor who used to program for AT&T. I got sent to Afghanistan as a support specialist there back several years ago. Now cell phones are banned in Afghan. Th last incident was we had a soldier who had downloaded some app to his android from a company in Xiang province. He was a hot refueler at a temporary FOB that refueled attack helicopters.

He sent a text message "I love you" to his wife before he went on a mission. Within a few days insurgents infiltrated the base and destroyed three Blackhawks and killed eight security personel before they could be stopped. Investigation revealed the Xiang company aggregated geolocation information via their app, and his contacts contained many of names and ranks of the other soldiers in his company. The Chinese company sold the database to a russian company who sold it to a Saudi company who leaked it to terrorists. They knew exaclty where the attack helicopters were being refueled and the names of many who were on the base. After that incident, personal cell phones were banned for service members in 'Stan.

That's why unless you want you insurance rates to go up, you don't download any of the "travel" crap to your android. They use the "safer drivers get ower rates" punchline a lot of times. All the app does it aggregate data to sell to insurance companies regarding how fast you drive, how fast you stop, where you drive, how often you drive, etc. There isn't one of us here that doesn't go 57 in a 55 now and then, slam on brakes when the car ahead of you does something stupid, or swap lanes really fast when you realize you almost missed your exit. All those are "unsafe driving" to the company who has to eat the bill if you have a wreck, or even worse, kill someone in a wreck. And that data is platinum for them.

Half the attempts to tap calls made on 3G networks succeed, while nine out of ten SMS messages can be intercepted.

Ranger107 said:
When I get those calls I just say not interested, gonna die here and be buried in my back yard, then hang up. Lol.
Click to expand...

At one point I was getting 4 or 5 per day.
"We can help you pay off your college loans"...Thanks but the US Army paid for my college, I don't have college loans. BYE.
"Calling about your medicare/medicaid/obamacare..." Thanks but my healthcare is free via the US Army. BYE.
and the most persistent "Calling about your car warranty"...you have an "F" rating with the BBB and your spokesperson is an X-drug dealer felon and washed up rap star who beats his wife. BYE.
I even got the "We have a warrant for your arrest and if you pay the fine with a pre-paid card we won't come arrest you" one a couple of times.
Couple years ago, one even called my mom and told her I (called me by name) was in jail and she could bail me out with a pre-paid card. I'm sure they got my name and her name/phone from either my or her android contacts list on our phones. She called me all upset. bless her heart. 75 years old. I explained to her it was a scam, to never believe anything anyone tells you on the phone unless you are the one who called them.
Share:
Facebook Twitter Reddit Pinterest Tumblr WhatsApp Email Share Link