I have seen none of the emails attributed to Jon Gruden. What I have read that he wrote in the emails gave Raiders' ownership no choice but to fire him as coach.
In light of this, I have this question: When sending someone an email, is there no expectation of privacy of that correspondence?

This is the way I look at it from my working enviroment over the years and knowing of several instances of terminations of employees.

I haven't read the emails. Does anyone even need to read them to know the kind of language he used and the beliefs he shared? I only know the guy from his famous scowl and a few broadcasts. What I'd like to know is this: what do people expect from the type of people who play brutal physical sports like football, hockey, rugby, etc? These are cultures of cavemen and testosterone. A breeding ground for ugliness and toxicity is inherent in all that aggression. And for reasons I'm not smart enough to understand, it plays into traditionalism and the old world. I played these type of sports. I know first hand. This tells me a couple things. For one, parents don't know what kind of world they send their kids for sports. For another, the rest of the population is completely unaware of what is necessary to make these events happen for their entertainment. They know not of the consequences.

RSteve said:
....I have this question: When sending someone an email, is there no expectation of privacy of that correspondence?
Click to expand...

I asked that question as a result of a recent email I sent. I sent an email to an individual on the governing board of a non-profit, clearly stating that my inquiry was confidential and absolutely not to be shared. A couple of days later I received a response from a different individual on that board, prefaced with, "Mr. X shared your concerns with me..."

Post-9/11 + post-internet, the idea of privacy is far different than the old definition. I doubt Millennials even rank privacy on the top 250 concerns. They don't even know what it really means. Their entire lives are overshared, collected, shared, and sold. I don't say that with cynicism, but matter of factly. It's not a value that they could actually hold dear, because we never afforded them that luxury and set of rights. This is the new world. They have congressional hearings on this stuff almost on a daily basis, and yet all those old codgers can't square what they grew up experiencing with the new way of doing things. They're stuck in quicksand, and the new world, with the Facebooks and web developers, are out there collecting our data, watching everything we do, and selling it all. Privacy is pretty much not a thing, nor a concern of that world. And imagine China further, with facial recognition, camera towers everywhere, watching what everyone does, where everyone is going, etc. So reading your emails? Or some 40 year old sharing your email, despite asking them not to share it?

"Please keep this between us. It is meant to be confidential." reads like this to them, "UIORWEKNLREMLASDOID DSOIJHNEEERMMMDSIOEEMO." It's not anything they can understand, and even if they could, the world in which they function doesn't allow for it.

I consider anything written, typed, texted, even voice (can be taped!) to be "non-private!!" I approach most everything now on "a need to know" basis. I'm still asked for my SS number; I won't give it!! You want/desire privacy. Be extremely care about/or with whom you share information.
BTW...I don't know what Gruden said/wrote. I wonder if it approached anything such as the obnoxious, expletive-laced Super Bowl halftime "performances" they love so much!!?? FTRPLT

The ones I read were racial, sexist and homophobic.

Zeno Marx said:
"Please keep this between us. It is meant to be confidential." reads like this to them, "UIORWEKNLREMLASDOID DSOIJHNEEERMMMDSIOEEMO." It's not anything they can understand, and even if they could, the world in which they function doesn't allow for it.
Click to expand...

I have found this to be true not only of millenials. The breach of confidence I recently experienced was by people in their 50s and 60s.

Zeno Marx said:
What I'd like to know is this: what do people expect from the type of people who play brutal physical sports like football, hockey, rugby, etc? These are cultures of cavemen and testosterone. A breeding ground for ugliness and toxicity is inherent in all that aggression.
Click to expand...

I was at a local DIII football practice and noticed that all the players were wearing memory foam type covers over their helmets. I spoke to one of the assistant coaches who related that all the players' practice pads were of similar material to protect from injury. I asked why he thought these types of pads and coverings weren't used throughout the sport. He replied that part of the game is the sound of physical contact and the potential for injury. 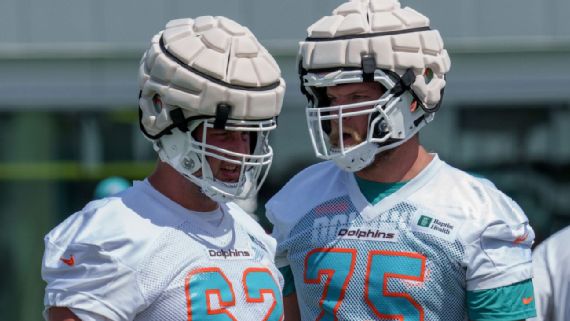 I put on ESPN this morning and there's still prolonged discussion of Jon Gruden's comments. The real point of controversy appears to be why it took so long for Gruden's emails and comments to come to the attention of the NFL or if executives and teams' ownership were aware and did nothing.
Share:
Facebook Twitter Reddit Pinterest Tumblr WhatsApp Email Share Link
Top