The La Duena cigars are made by the hardworking folks who brought you the My Father cigar line – the Garcia’s. As most of the cigar enthusiasts are aware My Father Inc. creates the best cigars in the industry like the Tatuaje cigar line, My Father 1922, Jaime Garcia Reserva, San Cristobal, EL Tiante, and much much more. The La Duena cigar is a new stellar blend that is created with the help of Pete Johnson from Tatuaje cigars and Don Pepin’s’ beautiful daughter Janny Garcia. Janny Garcia is one of the main managers in-charge of the cigar operation. I will also add a total smoke-show; just throwing that out there if your are blind. 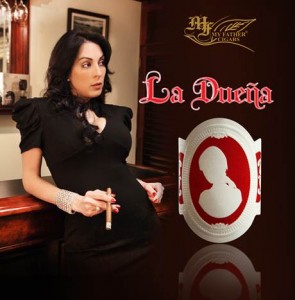 The term La Dueña in Spanish means female owner to all you gringo’s out there, and Janny Garcia is the proud owner of this new La Duena cigar line. The blend on these new La Duena cigars range between a Tatuaje La Casita blend and the Jaime Garcia Reserva which delivers a full throttle home-run for those seeking a full-bodied but smooth cigar. The wrapper on the La Duena cigar is an well-aged oily Connecticut Broad-leaf that is filled by a mix of top-notch Nicaraguan tobacco from Estelli Nicaragua; home to the My Father cigar factory. The draw on the cigar is nearly perfect with a subtle but spicy flavors of coca, Spanish cedar, and woody notes. The finish on this cigar is as perfect as it can get all the way down to the fingertips – it’s a finger burner fellas. This cigar is that good, and another smash hit for the My Father gang. 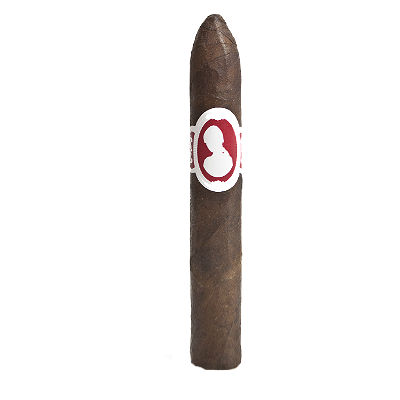 The La Duena cigars come in boxes of 21. Below are links to the best price cigars found on the net