"The MN Timberwolves have been sold by current owner, Glen Taylor, to a group led by former Major League Baseball superstar Alex Rodriguez and billionaire Marc Lore. A purchase price of 1.5 billion dollars and other “major elements’ of a transaction have already been agreed to by the two parties."

I'm guessing that future plans of the new ownership group include moving the team to Las Vegas. There is a penalty in the sales contract that stipulates that if the owners move the team, they have to pay the city of Minneapolis 50 million dollars. Based on the fact that the owners have very deep pockets and Las Vegas would probably prefer to pay $50 million rather than a considerably larger expansion fee, the penalty is meaningless.

Ol' Alex got part of the T'Wolves and lost all of JLo!!! Hmmm...not sure if that's a good trade or not!! LOL. FTRPLT

Until all the papers are signed and the cash is transferred= 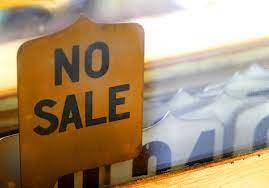