Thanks to the work of a NYC-based smokers' rights advocacy group, smokers across the state will after all be able to light up in New York state parks, beaches, and pools this summer.

Officials were forced to shelve the restrictions after the city-based group Citizens Lobbying Against Smoker Harassment (C.L.A.S.H.) filed formal objections to the policy.
The objections require the state to draft a response and hold a lengthy public comment period before the smoking restrictions can be implemented. The process could last for months, and a lawsuit is likely.

Dan Keefe, a spokesman for the state office of Parks, Recreation and Historic Preservation, confirmed the state will not be handing out tickets — but will leave the signs in place — until that process concludes.


That's right, smokers can ignore all that signage prematurely posted by park rangers, and pleasurably puff away under the summer sun.

"Apparently the crusade against smokers to date has so emboldened government that the rule of law no longer need be practiced when it comes to its citizens that choose to smoke," said Audrey Silk, president of C.L.A.S.H., a HuffPost blogger, and urban tobacco farmer.

And of the signs, which tell New Yorkers smoking is prohibited, Silk said, "There is only one way for the public to interpret this language. There's nothing to imply that the 'prohibition" is unenforceable, which it now clearly is.

"The Office of Parks' behavior goes from bad to worse - from at least the facade of official policy-making to settling for simply fooling people with unofficial signs."

The Parks Department, however, doesn't seem to fussed about C.L.A.S.H.'s intervention. A rep from the Department told Gothamist, "The restrictions remain in effect. We're deferring issuing tickets for a couple of months during which we are extending public comment period. First we need to submit a regulatory impact statement. We did this through a consensus rule, in which we didn't anticipate controversy, but because we got comments from this group C.L.A.S.H., we're doing this through the old rule-making process. But we're still asking people not to smoke where there are signs designating smoke-free areas."

Additionally, when the ban does go into place, smokers could face a $250 fine which, to a New York City smoker, is worth about 20 packs of cigarettes.

Of course, here in the Big Apple, we're already not allowed to smoke in parks, beaches and pedestrian plazas.

And although Mayor Bloomberg initially insisted his ban wouldn't be enforced, as of April 18, 2012, 108 summonses had been issued to people smoking in parks this year, a stark rise from the meager 84 tickets issued from last May through the end of 2011. In the first month of the ban, only one ticket was issued. Tickets can cost a smoker up to $300, a number 6 times greater than previously made public.

Good for them - I hope C.L.A.S.H. gets enough support for this and wins. Down with smoking bans! Take back our rights as smokers. :twisted:

I think this fits the moment perfectly:

Doc Manhattan":36tc6339 said:
I think this fits the moment perfectly:

I was at this show!
Last time Mick ever played with them...

Rob_In_MO":6ttenm63 said:
Good for them - I hope C.L.A.S.H. gets enough support for this and wins. Down with smoking bans! Take back our rights as smokers. :twisted:
Click to expand...

Rob_In_MO":pyewv6q0 said:
Good for them - I hope C.L.A.S.H. gets enough support for this and wins. Down with smoking bans! Take back our rights as smokers. :twisted:
Click to expand...

Bloomberg is an idiot! 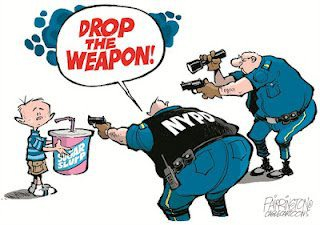 Rob_In_MO":566a42zk said:
Good for them - I hope C.L.A.S.H. gets enough support for this and wins. Down with smoking bans! Take back our rights as smokers. :twisted:
Click to expand...

Guess it didn't occur to him people will just get two. :roll:
He is still pitching donut day.

At Mayor Michael Bloomberg’s press conference touting his efforts to stop the sale of large soft drinks in restaurants, one reporter in attendance brought up the interesting fact that his administration also supporting “National Donut Day” tomorrow and inquired as to whether that muddled the mayor’s message on the issue.

Indeed, at 9:30 a.m. tomorrow morning, Entenmann’s will be unveiling “Custom-made Entenmann’s large donuts, 1-foot in diameter” at Madison Square Park at the same time they unveil a “Proclamation Letter by Mayor Michael Bloomberg.”
Click to expand...

Just get a one foot diameter donut to go with that 8oz soda (or two of em). :lol:

Speaking of the Bloomberg Big Gulp controversy mentioned in this thread. The New Yorker magazine has a great cover this week, as usual......... 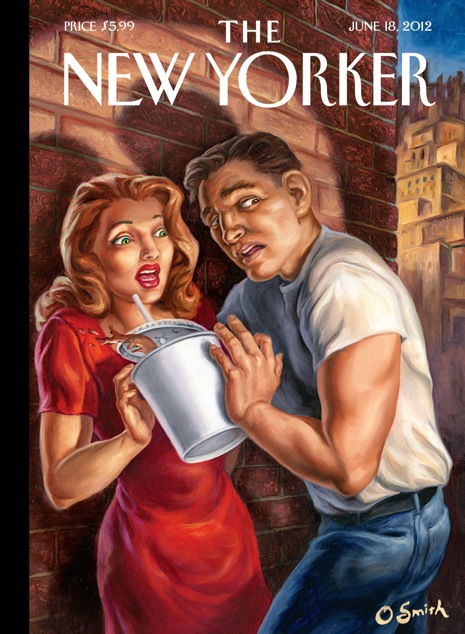 Kramer's of Beverly Hills to Close