The first few times I saw a nosewarmer I thought they were the ugliest and most ridiculous things ever. Well now I'm starting to appreciate the aesthetics of them. In fact I've kind of become enamored by them, especially from makers such as Jack Howell, Rad Davis (just posted a couple), Scott Anderson, and a few others.

My question is how do they smoke? I would think they would tend to smoke hot with such short shanks. Being I'm pretty much a Virginia and Burley smoker would this kind of pipe be worth the investment at all?

Jack Howell posted about this on another forum, I forget which one. The claim by someone was that canadians/lovats smoke cooler because of the long shank.

Jack said that for him, the opposite was true. A nosewarmer is much easier to smoke cool, because you have more control over your puffing strength with such a short shank.

IMO, the length of shank is not going to make any difference at all in the temp of the smoke coming out the button. It's all about puffing rate, and how hard you draw when you do puff.

I can buy that... I think I just concluded that longer equaled cooler being I thought the idea behind churchwardens were to provide a cooler smoke. Thanks for the information.
N

All other things being equal, a longer shank would be cooler. its just physics. However, the degree to which they cool is probably imperceptable to most folks. As was mentioned above, puffing rate probably has a much greater effect of heat than distance traveled.

A few years ago, I bought a Big Ben Barbados (4.5 " long) especially for a late November hunt trip to Montana for use as a hand and nose warmer. Plus the torque would be reduced during the usually very windy days there. That was going against everything I had read about short pipes being hot smokers but in late November in Montana, I figured any pipe would smoke cool. Much to my surprise I found them to smoke cool anywhere and reached the same conclusion as Rad and Jack.

Cool, good stuff. Not that I needed another reason to buy pipes. :lol:

jhuggett":wdikzjcd said:
My question is how do they smoke? I would think they would tend to smoke hot with such short shanks. Being I'm pretty much a Virginia and Burley smoker would this kind of pipe be worth the investment at all?
Click to expand...

I'm in bed with the cooler crowd. I think "smoking hot" is NOT really about temperature. Check out R. Winans' "The Pipe Smoker's Tobacco Book" (1977, occasionally available on Amazon) pages 58-64. Per these passages, derived from an edition of Beitrage Zur Tobakforschung (Vol. 4, pp. 32-79, 1967, West Germany), the hottest smoke from a 2 1/16 inch stem is only 118° F....tepid by coffee standards. So we're talking chemistry here. And it seems intuitively obvious to me that one has better control of events in the bowl (chemistry) with a short shank.

Whatever side you take, check-out this Tinsky-blast-by-Rad

I own this pipe and it smokes heavenly. :lol:

I've got a Polish nosewarmer with 9mm filter,a gift from a friend who was visiting there several years ago.It has a "W" stamped on the shank,name of the maker which escapes me now.This little baby is a cool smoke but it does make my eye tear sometimes when the smoke gets in it.It has an unusual finish which I haven't seen before,it is "Furrowed".Looks like a scribe was used to make vertical lines on the bowl.

My experience supports Rad's post completely - that nosewarmers offer more immediate feedback when smoking. I have quite a few of them and I like how them smoke very much.

What's funny is that you can about tell how long somebody's been a crack addict by the length of the stem on his pipe. A piper wants to keep getting in closer and closer to his rocks as time passes, until he's singing his lips.

I have never tried a nosewarmer as the shape didn't appeal to me very much. Now I'm wondering . . . no, no not yet. I may end up getting one to see - a great reason for a PAD strike.

ahhh, nosewarmers, what shape or style of pipe is better for smelling the tobacco or letting you control your smoke??? I have an eltang brandyish-billiard nosewarmer 4.3 inches long that just sings with pure virginias. i recently acquired an antique french briar with amber stem and gold rim top that is only two inches long!!!! i opened it's little case and laughed!! here is one for the gnomes!!! expecting a terrible smoke i loaded it with some old PCCA new world flake from 1992, lit up cautiuosly, and lo and behold this thing smokes great!! i mean who would have thought such a small pipe could provide such a great smokle, yet it does. i find i barely have to pufff on it. it seems to smoke by itself. 10 dollars off e-bay.
P

I like nose warmers because they are more managable when walking the dog... easy to stuff into pocket. : )

I found one that really appeals to me... It was made by an unknown in Canada. 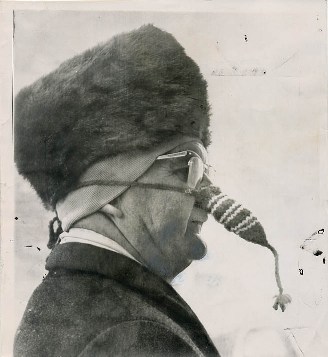