One MM never put into production, what a shame.

Here is a Cherrywood shape by Missouri Meerschaum that was a prototype that was never put into production. The stem is not original to the pipe since the original fit poorly I substituted it with another MM stem, I like the look. Currently enjoying some Bengal Slices in it, keeping it smokey.
banjo 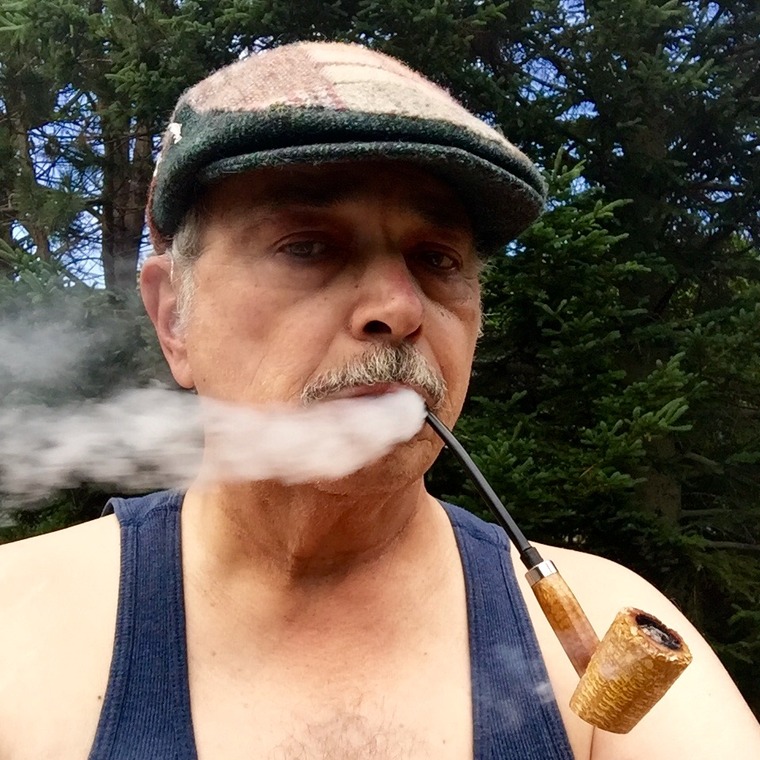 Bengal Slices, eh? Sounds good for a hot day. I'll have to dig mine out, it's hot today.

Love that set up too. I'm a sucker for long stemmed pipes though......

Banjo you're right, it is a shame that pipe never went into production. I think that's about the coolest looking cob I've seen.

now banjo that is a class pipe, id happily buy one.

who has contacts with MM to say oi you.. yes you, make these!!

That's a belter Banjo. You did well to grab a prototype that never made production. A great find, but then your pipe radar is unrivalled.

Yuppers, one of the coolest cobs I've seen by golly!

Must've been a warmer day out as well to catch you in that tank top!

I wonder if your prototype lost out to MM's current Mark Twain version. The slant bottom might have been a challenge to get right every time in production.

One pipe I wish MM would bring back had a Danish bowl and a bamboo (!) shank. Anyone else have one? Mine has to be twenty years old, and I've been ridiculously careful with it, so it's still in great shape. At the time, I intended to buy more but procrastinated. I think I was telling myself not to buy duplicates. Then they stopped making them.  The paralysis of analysis, or something like that.

A current Mark Twain or Diplomat cob with a two-knuckle bamboo shank would be way cool, I'd say.

KevinM":aituqv57 said:
...A current Mark Twain or Diplomat cob with a two-knuckle bamboo shank would be way cool, I'd say.
Click to expand...

An MM prototype I customized