I’ve been collecting and smoking pipes for just over 35 years, and in that time I managed to amass quite a sizable collection that ranged far and wide, across time, brands and individual carvers. Last year I had a minor epiphany resulting in a purge, to say the least, and I sold the bulk of my collection, a lifetime of acquisition – 400 pipes in all.
I kept some choice pieces and have been happy with my decision, not feeling the need to buy more pipes, only to look and see what’s out there. So, it was with a little surprise and no little joy and delight that I ran across Ron Powell’s pipes.

I remember the first time Ron posted one of his pipes (in about 2015) and how I was quietly taken aback by his skill and aesthetic, and his obvious mastery of his medium.  I watched him show his new creations with growing appreciation but was never in a position to acquire one, mainly because they sold as soon as he posted them – one, in particular, The PitBull, I lamented long and hard over.  It was a magnificent piece. I was biding my time, waiting for the right pipe, the right moment.  Then, out of the blue, Ron stopped carving. I had missed my chance and I was bitterly disappointed.

But, as I said, Ron is back carving, and better than ever – it seems the hiatus has worked wonders for his creativity, skill and his aesthetic.  So, I have been watching and waiting.  Then last month Ron posted a set of Nosewarmer Bulldogs on his site, my eye was drawn to one in particular, and I did not hesitate, I bought it immediately.

Ron and I exchanged a few emails and before I knew it the pipe was in the post. Then the long wait – it has taken a month to get here due to the issues currently gripping the world, finally arriving yesterday.
I took it out of the packaging (bless you Ron for making 100% sure it got here in perfect order), held it, examined it, admired it, whistled softly to myself and felt the smile spread a mile wide across my face.  This pipe is absolutely stunning – and, I’ve had a few to measure it against, so this is no throwaway comment.

I had intended to burn some Newminster Navy flake in it but decided to baptise it with a 2012 tin of Capstan Blue.  Within 10 minutes of opening the package, I was in the workshop, applying the first light.  Then I sat back for just over an hour and smoked a sublime tobacco in an equally sublime creation of a master of his art.  I sipped slowly as I held the pipe, admired the gorgeous blast work, the superb colouring of the stain work, noticed all the tiny details that have obviously been carefully considered and created – that bevel in the rim is incredible and the way the stain stops perfectly at the lower edge is something to behold.  How did he manage that?
I got lost in the stem work.

To my mind, the absolute master of the stem, button and slot was David Enrique, now sadly no longer creating.  His work was absolute artistry, dare I say perfection.  Well, Ron is there with him.  The stem, the button and the slot are incredible, and I love the concave shape of the bit – such an elegant touch – not just for the eye, but for the lips and tongue.  The symmetry is perfect to my eye and it is just heaven to draw through.  The smoke is effortless; it flows and spreads evenly and smoothly.

The predominant shape in my collection was the bulldog in all its various forms – I have a soft spot for it.  But, most were simply good, solid renderings of the shape.  To me only Ilsted, Maduela and possibly Mummert have made the bulldog their own, creating pipes that have a flow, a balance, a cleanness of line that can cause a small sharp intake of breath.  Now, I do not say this lightly, but I think Ron has achieved something similar.  His rendering of the bulldog shape, in all its forms, is excellent, and in this instance exceptional.  (also, if you doubt this, see Ron's Partially Blasted Panelled Dog Lovar.)

So, I sat, I smoked, I admired, and I was pleased, very pleased.  I was reminded of something a friend had only sent me the day before, a quote by Peter Zumthor who said:

"Details, when they are successful, are not mere decoration. They do not distract or entertain. They lead to an understanding of the whole of which they are an inherent part."

I think he could have been looking at this pipe when he conceived this thought.

Well, what else to say?  I’ve probably already said far too much, and Ron being a modest man might take issue with some of what I have said, but I hope not.  Ron, you are a gentleman and an exceptional carver.  You have visited great joy and pleasure in my life with this pipe.  I am delighted you returned to the craft, and more so that I have finally managed to get my hands on one of your magnificent creations – now, if I could just get another one in Morta I’m set for life.

Note: tried to get the images to work, but have failed miserably - head over to Ron's site (http://rdpipes.briar.club/) and look at the Russet Nose-Warmer Bulldog. That's the one.

Incidentally, as good as Ron’s photos are, and they are good, they really do not capture the proportions and perfection of shaping that can only be appreciated in hand.

Yes, Ron is a truly gifted craftsman with a great eye for detail. He is a master of the bulldog shape. I'm proud to have several of his fine creations and they are all unparalleled in their smoking ability. Sure glad to know he's still crafting fine smoking pipes and good to hear your enthusiasm for his work.

Now, if he only wasn't so dang modest!

I just stumble across this and I gotta say I'm humbled and happy to know that my pipes are appreciated so much and am left a bit speechless but, not enough to say Thank you so much.

Good on you Ron.

I’m the proud owner of three RD pipes, one cutty and two dogs, all smoke beautifully. Might just have to grab another as a present to myself.

Timbo":pb6ppaav said:
Good on you Ron.

I’m the proud owner of three RD pipes, one cutty and two dogs, all smoke beautifully. Might just have to grab another as a present to myself.
Click to expand...

Thank you Tim and to all of you. 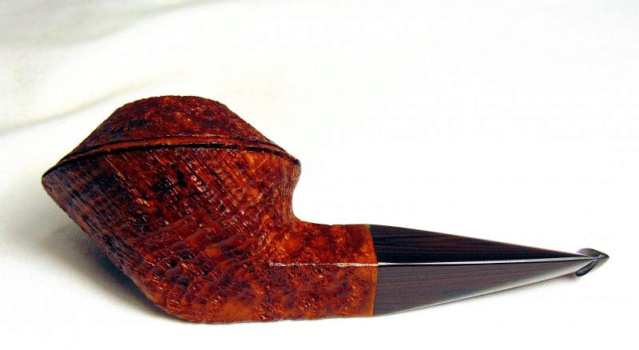