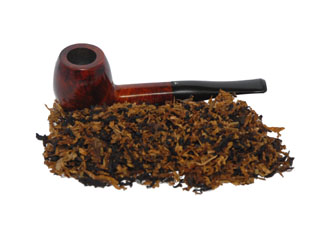 I don't always do tobacco reviews, but when I do... 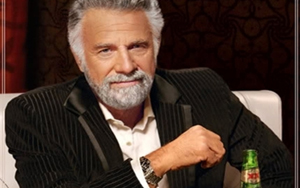 ...its because they really impressed me. So without further ado, lets take a look at what's in it:

I acquired an outlandishly sized sample of this about a month ago on advice from a brother to look for a good quality English blend with Virginia, Latakia and either Turkish or oriental tobaccos, but due to a lot of stress coming and kicking my door in, I hadn't tried it until recently (I hadn't even picked a pipe up in a week). Since then I've already gone back to it several times as I found it so surprisingly good.

The tobacco seems to come quite dry and lights easily. Although it is ready rubbed, its a fairly heavy / coarse consistency, and the actual substance of it feels a bit stiffer and harder to pack than my usual go-to tobaccos. That might be due to the (perceived) lower moisture, or just the broad cut, I'm not certain. Once lit, it immediately releases a mild but flavourful oaky tobacco taste. After the bowl caught properly (and a few good puffs) I kept trying to identify the flavour, and although there are several different bits of flavour I that rose and fell, the overall flavour I kept coming back to was earl grey tea. Which was weird, because I wouldn't enjoy a cup of earl grey tea, but this was really superb. I wish I had the background to be able to identify the different tobaccos and what they brought to the table in this blend, but unfortunately I lack that education, all I can say is that it really tastes excellent.

The smell of the smoke is also quite unlike any I have tried before as well, I can smell it on my hands now and although its definitely a smoke smell, there is an almost floral quality to it.

I was rushed to the end of the bowl of this tonight (dinner bell) and sucked on it like a loon for several minutes, then realised what I was doing, winced and waited for the bite... nothing came. I was surprised, impressed and relived!

One negative that I would mention though is that I usually smoke a bowl to the end, and until now I haven't really noticed much change in the quality of the smoke, that is not the case here. It did go out a couple of times, once when I dropped the burning pipe onto myself (details in a thread I plan to post later) and juggled it like a Marx brother on speed, so that was only fair, but it did go out on its own also. But when it came to relighting the very end dottle of the bowl... man that tasted sour, and was a bad idea. However, if all I have to do is pretend the last 10% of any bowl I smoke does not exist, I can't find fault with this blend.

In closing, I'd highly recommend this blend to anyone. It's a very flavourful, mild, and high quality tobacco.

An blend with latakia but also with those evil orientals that doesn't bite....this I will have to try. Thanks for the review brother.

That's quite a prized tin, from what I understand. A friend from a baccy shop sings it's praises and has told me how Dunhill fans hold EM in high regard. I wouldn't know. I noticed Pipestud has a tin of it right now for $60.

Blends that are better in low humidity or high humidity