For those of you looking for great value pipes, ASP has started it's annual Forum Pipe questions. They do a sequence of questions to come up with a shape and carvers each year. If you participate, it's expected that you would participate in purchasing.

They often have mutiple carvers for the official shape. It has been my experience that the carvers sell the official shape right on their web sites. Meaning that even if you did not participate it's possible to purchase the pipe. That may not always be the case.


Interesting to watch and see what happens. Especially if we ever entertain a notion of doing one here. I wonder if Castello ever does forum pipes........

I picked an ASP poker from Rad's site last year. Awesome deal, not to mention one of the coolest pokers I've ever seen.

Each carver has his own variation of the official shape. That is kind of neat. 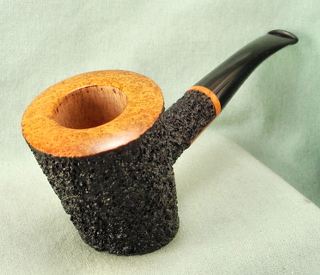 In case I didn't show it off earlier. :lol:

Hey get that look off ya face 'old man' it's all I got right now.

You'll definitely be the first person I check with PB. :lol:
J

I still have the sample pipe I made for last year's ASP pipe. No one bought one. The year before, I only sold 2. That's not a good track record from ASP, so I probably won't participate in that again.

FWIW, I don't care much for the way they do their POY. I'd much rather put forth a time frame for ordering with a cutoff, let the pipe carver do his work, and then ship all the pipes out together so that everyone receives them at roughly the same time.

EDIT: Reading this later, I come across as sounding bitter. I'm not in the least. Just throwing out the information for whatever it's worth.

Yes, they do it differently there. May not have always done so.

Sorry to hear you didn't sell more pipes. I didn't get one last year. Kind of wish I had. I didn't care for the design description, but once I started seeing some of them, kind of makes you want one. I did get a 2006 Rad Davis. Really good pipe.

In case I didn't show it off earlier. :lol:
Click to expand...

I was busy, and fighting computers. But apparently my vote would not have mattered anyway. ASP has chosen the Belge shape for this year. They are calling for carvers now. Should be interesting to see the available interpretations from the selected carvers.

The Belge is a shape that I want for the rotation. Some day.