Stuck w/o a pipe

I was sent to Dunoon Scotland in 1987 and found my luggage had not arrived which means I didn't have any pipes. I worked 22 1/2 hours that first day getting machinery tested for deployment in the dry dock, got 1 1/2 hours sleep and worked 20 hours the next day.

Finally got a break of a 16 hour day the following day and just had enough time to make it to the Tobaccoonist Shop down the road from the B&B I was staying in. Just had enough money to pick up a pipe called Puffin, it's a Meerschaum pipe but not block it is pressed. The bowl was fumed at the top and yellow the rest of the way, picked up some tobacco and I was good for the next day of work which was 18 hours.

It's been 30 years now since I picked up this Puffin Meerschaum pipe and while it has never smoked as good as my block Meerschaum pipes it became a rather decent smoker over time and has colored pretty well. 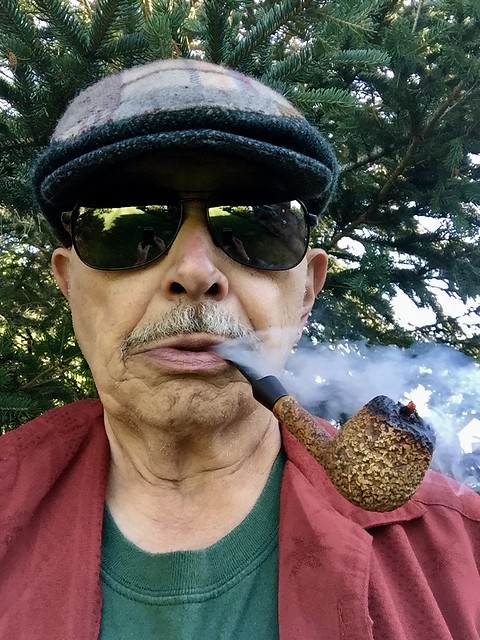 Even though it's a pressed Meer it looks great on you :cheers: :cheers:

Wow!! I was always under the impression "pressed" meer didn't/wouldn't color!!! Ever wonder what that tobacco would cost today!!!!! :cheers: FTRPLT

Tis nae a wee un either!

I was stationed on Holy Loch aboard the USS Simon Lake (AS-33) at the same time you were there. I was a bit young to smoke a pipe while there (or so I was told) but picked up the pipe anyway. I can certainly attest to the work hours that you mentioned. Many days I stayed up for as many as 24-30 hours straight in support of boats in refit at Site One.

Pipe Book for a Great Price