"I went into the confessional box after many years of being away from the Catholic Church.​

"Inside I found a fully equipped bar with Guinness on tap. On one wall, there was a row of decanters with fine Irish whiskey and Waterford crystal glasses​

"On the other wall was a dazzling array of the finest cigars and chocolates.​

When the priest came in, I said to him,'Father, forgive me, for it's been a very long time since I've been to confession, but I must first admit that the confessional box is much more inviting than it used to be.'​

Stanley phoned the maternity ward at the hospital. 'Quick!' he said. 'Send an ambulance, my wife is goin' to have a baby!'​

'Tell me, is this her first baby?' the intern asked.​

AN IRISH BLONDE IN A CASINO:​

An attractive blonde from Cork, Ireland arrived at the casino. She seemed a little intoxicated and bet twenty-thousand Euros on a single roll of the dice.​
She said, "I hope you don't mind, but I feel much luckier when I'm completely naked."​

With that, she stripped from the neck down, rolled the dice and with an Irish brogue yelled, "Come on, baby, Mama needs new clothes!"​

She hugged each of the dealers and then picked up her winnings (and her clothes) and quickly departed.​

The dealers stared at each other dumbfounded. Finally, one of them asked,"What did she roll?"​

The other answered, "I don't know - I thought you were watching the dice."​

MORAL OF THE STORY:​

Not all Irish are drunks. Not all blondes are dumb.​

Mick goes to the vet with his goldfish. "I think it's got epilepsy", he tells the vet.​
Vet takes a look and says, "It seems calm enough to me".​
Mick says, "Well wait now, I haven't taken it out of the bowl yet".​

Reilly went to trial for armed robbery. The jury foreman came out and announced, 'Not guilty.'​

'That's grand!' shouted Reilly. 'Does that mean I can keep the money?.​

A tourist asks an Irishman: "Why do Scuba divers always fall backwards off their boats?"​

To which the Irishman replies: "Well if they fell forwards, they'd still be in the bloody boat."​

Murphy told Quinn that his wife was driving him to drink.​

Quinn thinks he's very lucky because his own wife makes him walk.​

Mrs. Feeney shouted from the kitchen, 'Is that you I hear spittin' in the vase on the mantle piece?'​
'No,' 'but I'm gettin' closer all the time.'​

Finnegin: My wife has a terrible habit of staying up 'til two o'clock in the morning, ​
I can't break her out of it.​
Keenan: What on earth is she doin' at that time?​
Finnegin: Waitin' for me to come home. 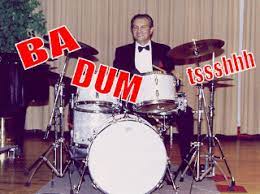 Question: When is a retiree's bedtime?
Answer: Three hours after falling asleep on the couch.

Question: How many retirees to change a light bulb?
Answer: Only one, but it might take all day.

Question: What's the biggest gripe of retirees?
Answer: There is not enough time to get everything done.

Question: Why don't retirees mind being called Seniors?
Answer: The term comes with a 10% percent discount.

Question: What is the common term for someone who enjoys work and refuses to retire?
Answer: NUTS!

Question: Why are retirees so slow to clean out the basement, attic, or garage?
Answer: They know that as soon as they do, one of their adult kids will want to store stuff there.

Question: What do retirees call a long lunch?
Answer: Normal.

Question: What's the biggest advantage of going back to school as a retiree?
Answer: If you cut classes, no one calls your parents.

Question: Why do retirees often say they don't miss work, but miss the people they used to work with?
Answer: They are too polite to tell the whole truth.

A bald man got a great deal on a wig today - only $1! It was a small price toupee.

The ability to speak several languages is an asset, but the ability to keep your mouth shut in any language is priceless.


Happiness is not having to set the alarm clock.


Trust science. Studies show that if your parents didn’t have children there’s a high probability you won’t either.


Only in math problems can you buy 60 cantaloupe melons and no one asks, "What the Hell is wrong with you?"


When the pool re-opens, due to social distancing rules, there will be no water in lanes 1, 3, and 5.


Tip: Save business cards of people you don’t like. If you ever hit a parked car accidentally, just write, “Sorry” on the back and leave it on the windshield


When I get a headache I take two aspirin and keep away from children just like the bottle says.


Just once, I want the username and password prompt to say, “Close enough.”


Becoming an adult is the dumbest thing I’ve ever done.


Did you hear about the restaurant on the moon? Great food, but no atmosphere.


If you see me talking to myself, just move along. I’m self-employed. We’re having a meeting.


“Your call is very important to us. Please enjoy this 40 minute flute solo".


I envy people who grow old gracefully. They age like a fine wine. I’m ageing like milk: Getting sour and chunky.


Does anyone else have a plastic bag full of plastic bags, or is it just me?


I hate it when I can’t figure out how to operate the iPad and my tech support guy is asleep. He’s 5 and it’s past his bedtime. Today’s 3 year-olds can switch on laptops and open their favorite apps. When I was 3, I ate mud.


Tip for a successful marriage: Don’t ask your wife when dinner will be ready while she’s mowing the lawn.


So, you drive across town to a gym to walk on a treadmill.

Dad, are we pyromaniacs?
Yes, we arson.

She was only a moonshiner's daughter, but I miss her still.

What do you call a pig with laryngitis?
Disgruntled.

Why do bees stay in their hives during winter?
Swarm.

Just so everyone is clear, I’m going to put my glasses on.

A commander walks into a bar and orders everyone a round.

I lost my job as a stage designer. I left without making a scene.

Never buy flowers from a monk. Only you can prevent florist friars.

How much did the pirate pay to get his ears pierced?
A buccaneer.

I once worked at a cheap pizza shop to get by. I kneaded the dough.

My friends and I have named our band ‘Duvet.’ It’s a cover band.

I lost my girlfriend’s audiobook, and now I’ll never hear the end of it.

Why is it unwise to share your secrets with a clock? Well, time will tell.

When I told my contractor I didn’t want carpeted steps, he gave me a blank stair.

Bono and The Edge walk into a Dublin bar and the bartender says, “Oh no, not U2 again.”

Prison is just one word to you, but for some people, it’s a whole sentence.

Scientists got together to study effects of alcohol on a person’s walk, and the result was staggering.

I’m trying to organize a hide and seek tournament, but good players are really hard to find.

I got over my addiction to chocolate, marshmallows, and nuts. I won’t lie, it was a rocky road.

What do you say to comfort a friend who’s struggling with grammar?
There, their, they’re.

I went to the toy store and asked the assistant where the Schwarzenegger dolls are and he replied, “Aisle B, back.”

What did the surgeon say to the patient who insisted on closing up his own incision?
Suture self.

I’ve started telling everyone about the benefits of eating dried grapes. It’s all about raisin awareness.