"Tales of  Mystery & the Macabre" written by Elizabeth Gaskell.

Lonecoyote":pqrr639u said:
It's been years since I read this book, I need an adventure again:

The Adventures of Huckleberry Finn

Just re-read this Ted. It was one of my favourites as a kid.

Strangers on a Train by Patricia Highsmith

Lucky Jim by Kingsley Amis. This is without a doubt the greatest description of a hangover I have ever read:

Dixon was alive again. Consciousness was upon him before he could get out of the way; not for him the slow, gracious wandering from the halls of sleep, but a summary, forcible ejection. He lay sprawled, too wicked to move, spewed up like a broken spider-crab on the tarry shingle of the morning. The light did him harm, but not as much as looking at things did; he resolved, having done it once, never to move his eyeballs again. A dusty thudding in his head made the scene before him beat like a pulse. His mouth has been used as a latrine by some small creature of the night, and then as its mausoleum. During the night, too, he’d somehow been on a cross-country run and then been expertly beaten up by a secret police. He felt bad.

Just finished re-reading "Blood, Sweat, and Fears". The story of the USAAF 8th Air Force Bomber Group in WWII as they helped bring the Nazis to surrender, and the war to a close.

My own Pap flew B-17's and B-24's in this war, and his base of Sudbury is mentioned several times. I only wish he were here today to read this as I'm sure he'd relate to many of the accounts and names. He survived the war but saw many of his fellow crews go down in flame.

Just started re-reading "Ambitious Brew - the story of American Beer" by Maureen Ogle. Just like the first read through, it's apparent to me as a brewer that some of her "facts" are less than accurate with respect to understanding the brewing process, terms, and much else.

She also seems to embellish her story with incidents that aren't necessary and may be too interpretive on her part with respect to describing subjects that have little relation to the main story.

The author is a self-confessed journalist, which she makes clear from the introduction. And not a brewer. So that right there tells me much.

In spite of the hyperbole this is a great way to help understand what happened to American beer from around the US Civil war to present. The rise of the giants, prohibition and it's repeal, the trend toward blander beer, and the eventual rise of the craft scene. 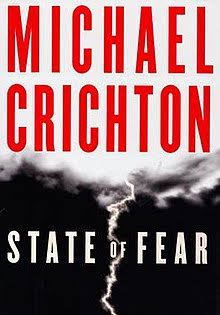 Not deep literature or anything, but great escape reading. :cheers:

What Quarantine Activities Are You Doing?
2

Differences between you and your spouses book selections

How many things are you reading at a time?