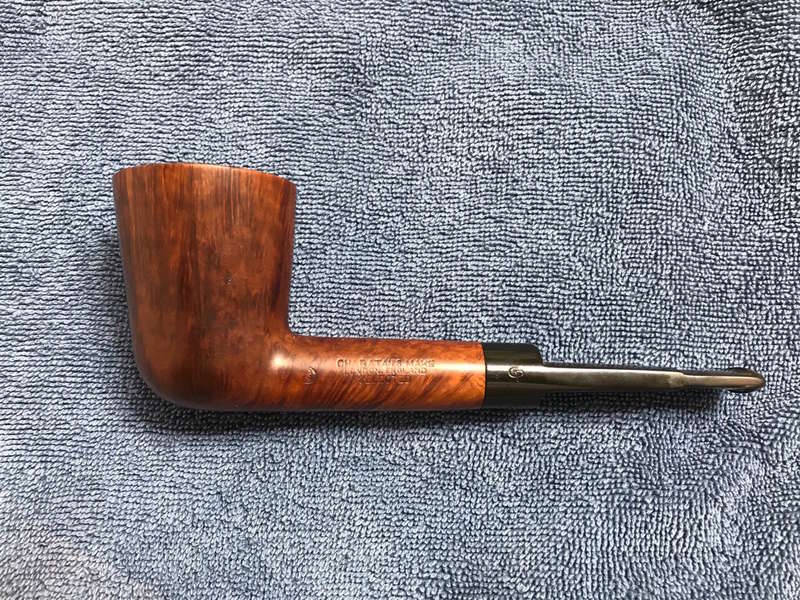 Ranger107 said:
Some of Zippos Condor in a MM general cob. While it may not be Hobbits Weed it's still a good smoke. 8/10 on the Zeno scale. Birdies finally showed up for breakfast. Doves and Quail vieing for the feeder
Click to expand...

Sounds like the Condor is growing on you Buddy

Jim it was more than probable the very pipe he would light up in his show Cannon.

It is pretty good for a codger blend. Kind of reminds me of a mild SWR.

Joining my Buddy Ranger, and plugging a MMCC with some Condor, Mrs Z is brewing me some coffee, now where did I put my cowboy hat.

76°, clear, and getting muggy. British prince with Peretti Scottish Flake. This is an interesting tobacco. When I was gifted a sample by a generous BoB member (thank you again!), it immediately struck me as a McClelland product. It not only looks like #2035 navy flake, but it feels, rubs out, and behaves similarly. The flake feels like leather and is super dense. When rubbed out, it breaks down into "pebbles" and some longer pieces. It doesn't rub out into ribbons. This is the kind of tobacco that is a labor of love to smoke. It requires several lights to get going, but once it does, it pretty much stays lit, at least until the bottom 1/4 of the bowl, when you have to go through that process again. It burns clean, dry, and into white ash. A heck of a time getting it lit with any wind. I let this sit out over night, and it felt the same as the day before. I never have to worry about hydrating #2035 because it doesn't lose moisture, and this tobacco is the same. These things defy nature. I would imagine Peretti would have McClelland make this for them, and then they would perform their own additional process with red wine. Having said all this, it does not taste like #2035. It's not a strong tobacco per se, but it does have a richness to it. Whatever Peretti did to this, it does have a unique flavor that I liked quite a bit. I don't know much about wine, so I can't describe it in those terms. This tobacco has a sweet smokiness to it. That's where I think I'm finding the richness, though not something overpowerfully strong. It's weird in being similar to latakia like that, but it has nothing in common flavor wise. Though having to battle it at first, it was a magnificent smoke. 8.5/10. It's too bad it is no longer available. Price notwithstanding, I would have likely desired to have 1/2LB in my arsenal. That 1/2LB would have lasted me years and years, because I know I wouldn't smoke it often. Something that definitely would have had a place at my table.
S 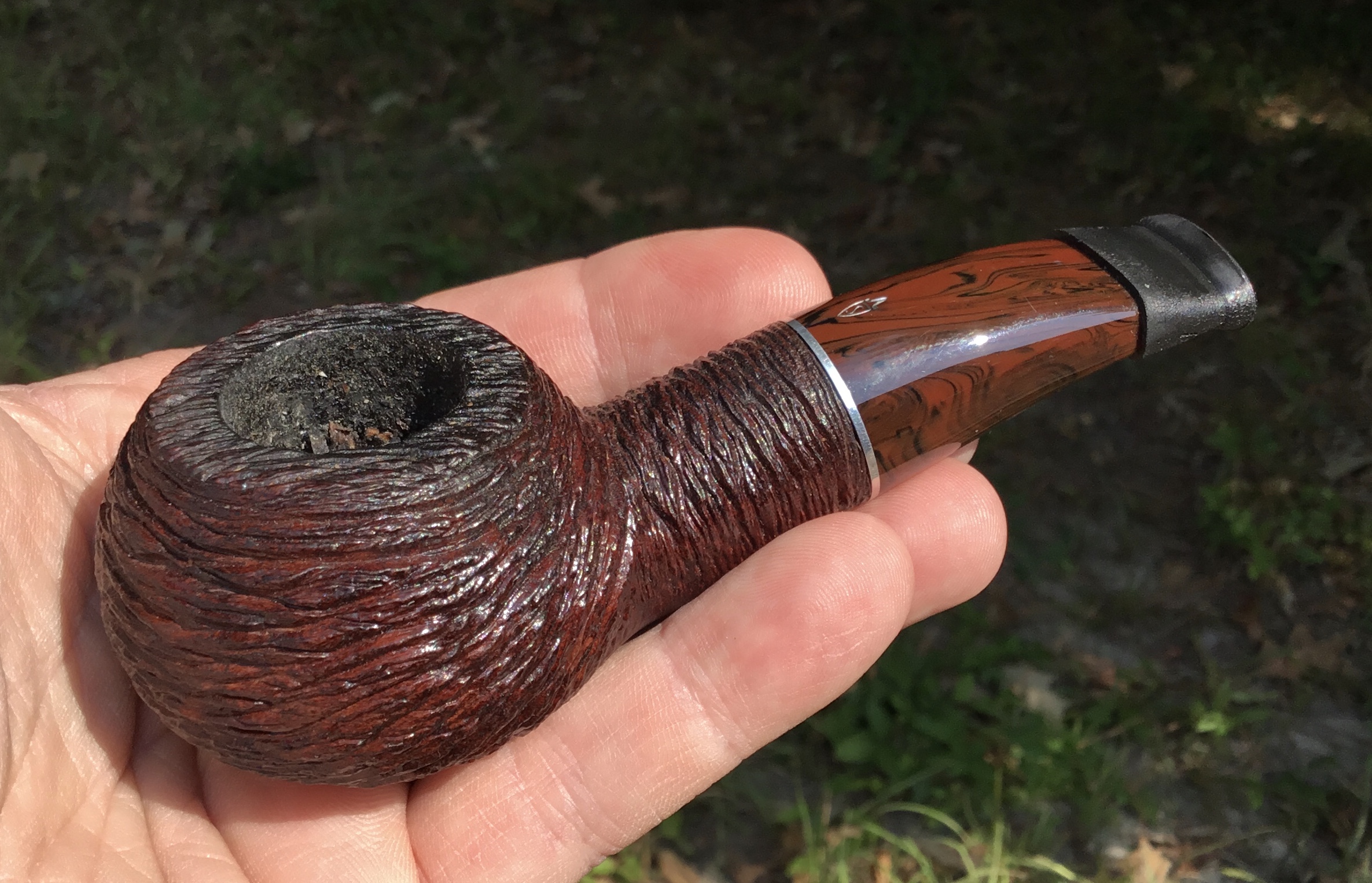 Smoking a Pete Bakersville with Sweet Killarney and a mug of 8 o`clock coffee.

Half way through this bowl of Erik Stokkebye 4th Generation Evening Flake in a smooth medium bend 2021 Peterson Ebony POTY 4AB No. 422/500 military mount with a silver cap and a tapered black vulcanite AB stem. A very late lunch follows this smoke. 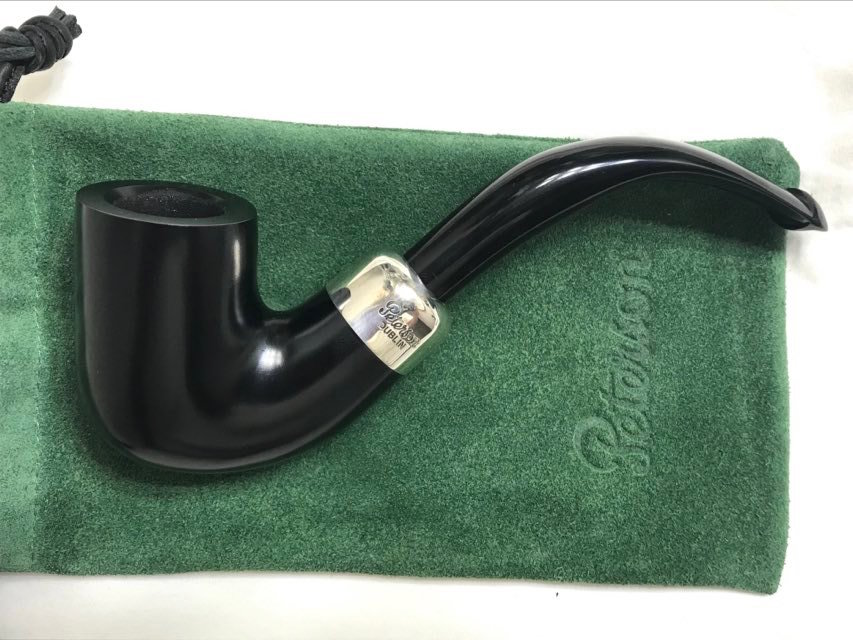 Zippo said:
Jim it was more than probable the very pipe he would light up in his show Cannon.
Click to expand...

It is the same pipe. The grain matches. My buddy who gave me the pipe durn near had two coronaries when he found out, lol.

Zippo said:
Joining my Buddy Ranger, and plugging a MMCC with some Condor, Mrs Z is brewing me some coffee, now where did I put my cowboy hat.
Click to expand...

Think I found it.

First time smoking the soon-to-be released Seattle Pipe Club Give Me Liberty in a 2002 smooth natural straight silver banded Ardor Venere Extra Fatta A Mano Maigret billiard, signed by Dorelio Rovera with a black acrylic tapered stem. This straight old belt red and Brazilian Virginia cake goes on sale Sept. 27. I'm working on a review of it, so I'll need time to smoke it before I can discuss it. 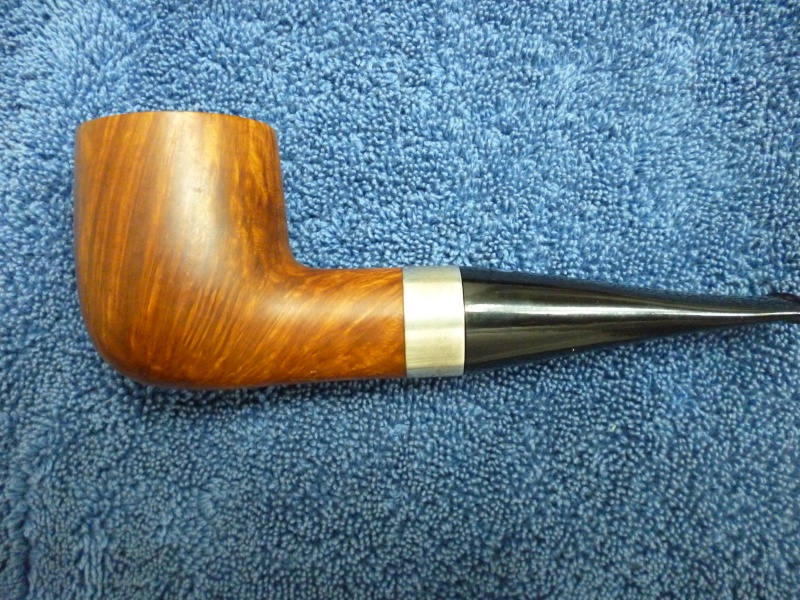 Half way through this bowl of Seattle Pipe Club Give Me Liberty in a smooth brown medium bend 2002 straight grain Karl Erik Ekstravagant A dublin sitter with a small horn ferrule accent and black acrylic saddle stem. 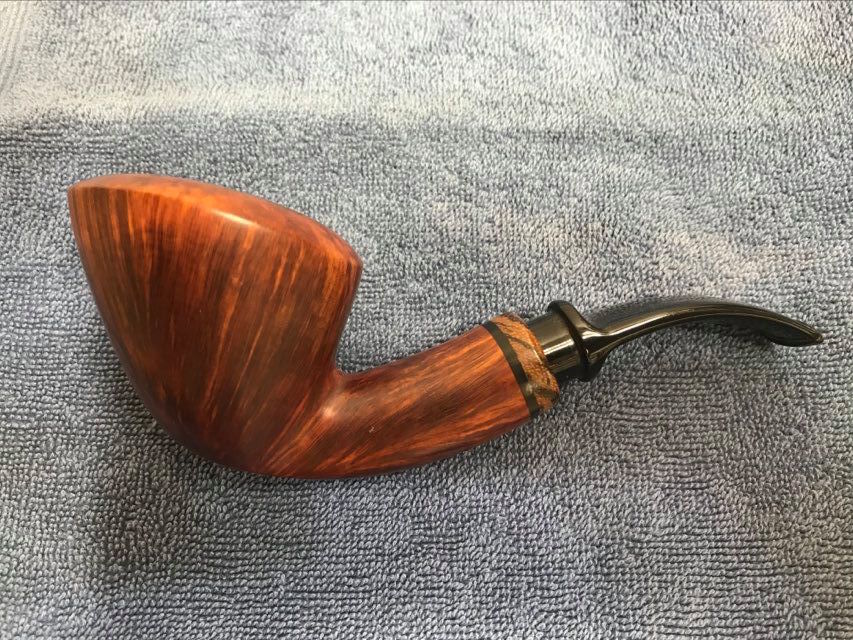 Last smoke of the day, DePaja gigante with Lane LL-7 and a decaf k-cup.

A third of the way through ths bowl of Granger in a straight smooth medium brown post-1940s Comoy’s Tradition 110B billiard with a tapered black vulcanite stem. Watching the Braves-Nats game as I clean a few pipes. 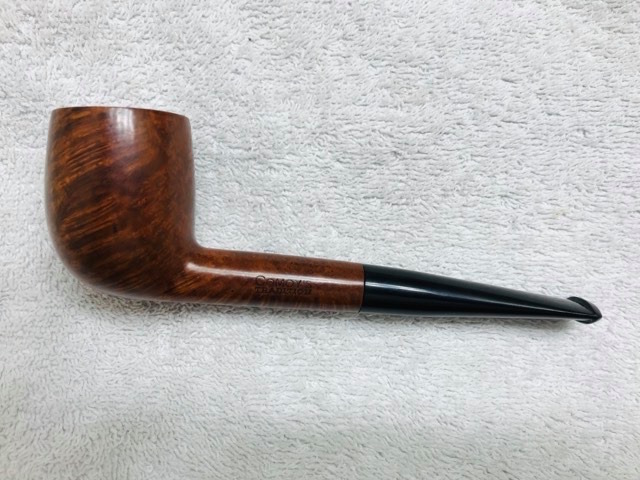 Needed something different, and am close to finishing this bowl of G&H Kendall Kentucky in a medium bend 2017 Royal Meerschaum Dragon egg with a tapered black and cream swirl amber colored acrylic stem. 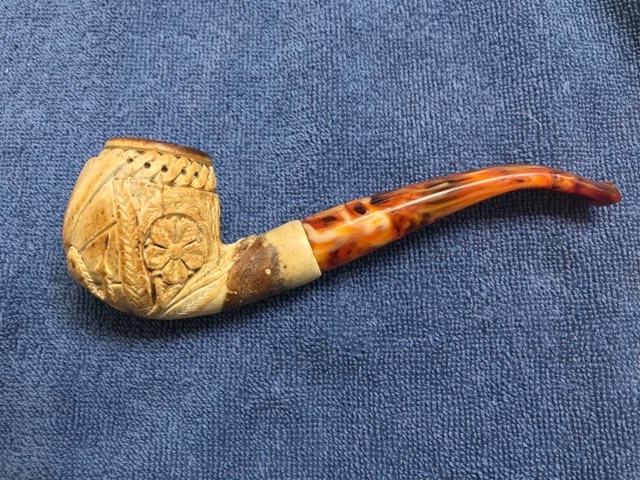 Relaxing after a wonderful salad, chicken legs and green beans dinner with strawberries for dessert. I've almost finished smoking year 2022 Peter Heinrichs Curly Cut in the first pipe Trever Talbot made when he went to France many years ago. It's a smooth straight Algerian briar Lumberman with a long shank and a black vulcanite saddle stem, unbranded. 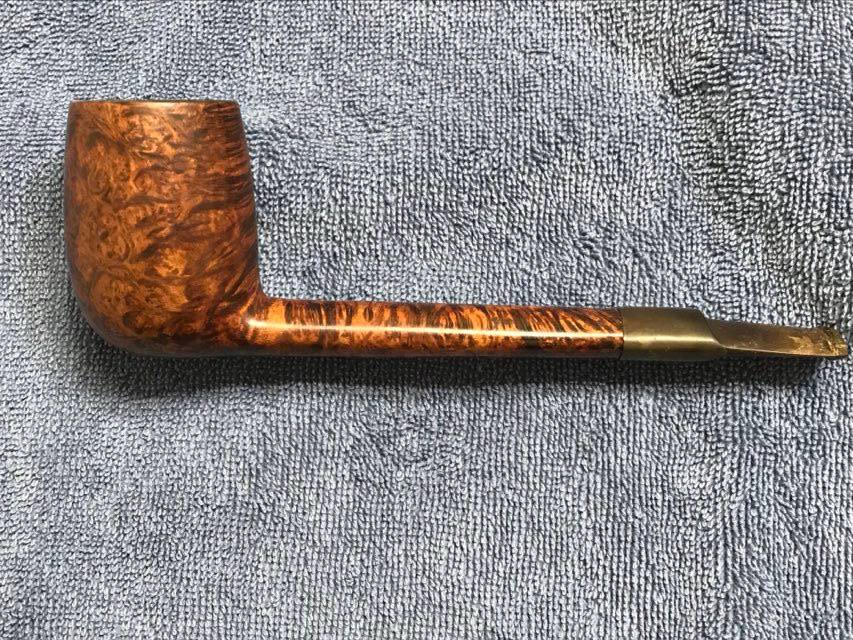 In today's New York Times, I am quoted several times about the life and comic book career of the late Lily Renee. Here's a link to the article: https://www.nytimes.com/2022/09/14/arts/design/lily-renee-phillips-dead.html