Past few years there has been a growing menace to the American sporting archery industry...high quality and Super performing Chinese Dymondwood riser bows...longbows and recurve designs.

There are several major manufacturers that design and fabricate most of these bows that are then branded by the company that does the point of sale transaction...in the USA there’s Lancaster Archery, 3 Rivers, Twig Archery & SAS...there’s also Mandarin Duck and Obert in China, etc.

One of the more recent examples that have been wildly successful are the Sage initially designed by South Korean archery giant Samick (named, I think for the color of the wood riser) and has been taken over by Galaxy.  There are many spin off designs of this now classic bow line.

More recently there is the Black Hunter.  I don’t know which Asian outfit first put this one out...Mandarin Duck, Obert, whatever...but it’s exploded in terms of sales.  It features a Dymondwood riser and limbs now being made with a bamboo core (faster than the original hard Maple core) and black glass on the outside.  Recurve and Hybrid Longbow.  60” - 62” long.  Prices range from as low as $100 on eBay for generic bows to up to $199 from major USA outlets with bows delivered completely set up with Dyneema string, whiskers installed, brass nock point set and the draw tested for accuracy.  Pretty nice.  Compare that to the high cost of a nice USA made bow.  Ouch!

Reviews of the various Black Hunter versions are universally through the roof.  Why?  The grip is universally praised.  The low to no hand shock also. Then there’s the super smooth draw.  Plus, shooters find the bow inexplicably friendly to a wide variety of arrow spine, length and weight. Guys have found that their bow will put very different arrows into a tight group at close to the same point of aim.  Of course, there’s the advantage of it being no only able to swap limbs of different pull weights but being able to put either recurve or hybrid longbow limbs on the same riser.

OK...yeah...I bought one.  On its way now.  More reports through the summer. 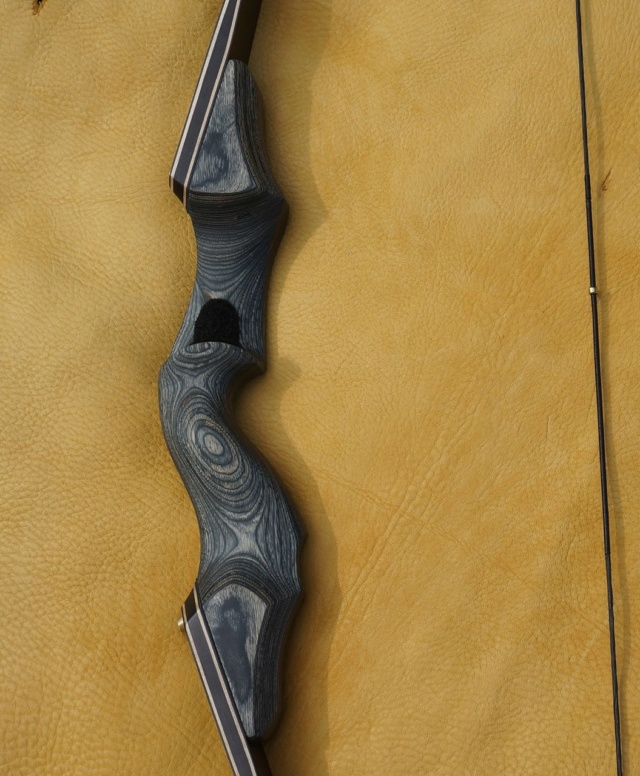 Good looker. Hope it shoots well for you.

Cannot fault the looks. Takedown options always made bows more expensive. Give us a report when you had a chance to spend time with it.

It’s funny...I have two bows made by Samick (S. Korea) in their Sage line.  Both are recurves.  Both purchased within a month of each other.  One is a take down, the other a one piece.  The cost was I think $10 of each other. I think that where there is a wide gap in cost between the two designs is in the high end market where current prices can easily be over a grand.  Youch!

Brain Fart! Brain Fart! Something was not sitting right re the cost of the two bows I mentioned above. At first I was sure they were both close to the same price...but then I began to doubt myself. I did a quick check and the truth came flooding back to me. Darn near drowned too! The one piece design I bought at Lancaster (they pronounce it “lank-stir” instead of “Lang-caster”). It cost $189. I got the take down version via Amazon...an outfit had a number of the weight I wanted available as ‘open box’ for $102. Bows claimed to be perfect, boxes mangled but serviceable. As with a number of other things I’ve bought as “used” from Amazon they were exactly accurate in their description. I’ve seen the take down here and there for a little more...but way less than the one piece. The two couldn’t be more different. But both desirable in their own ways. 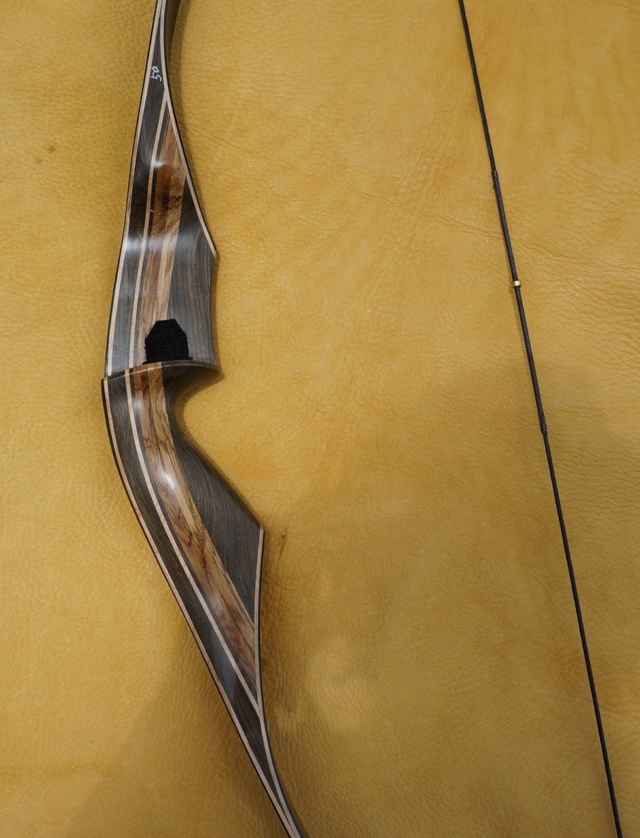 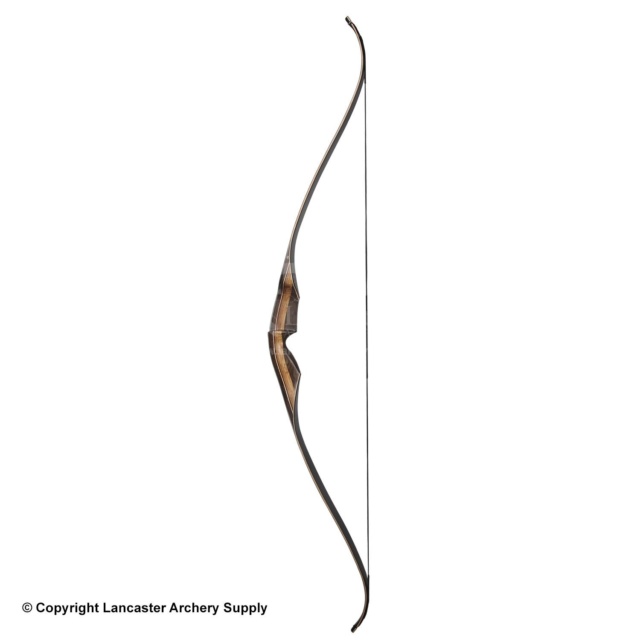 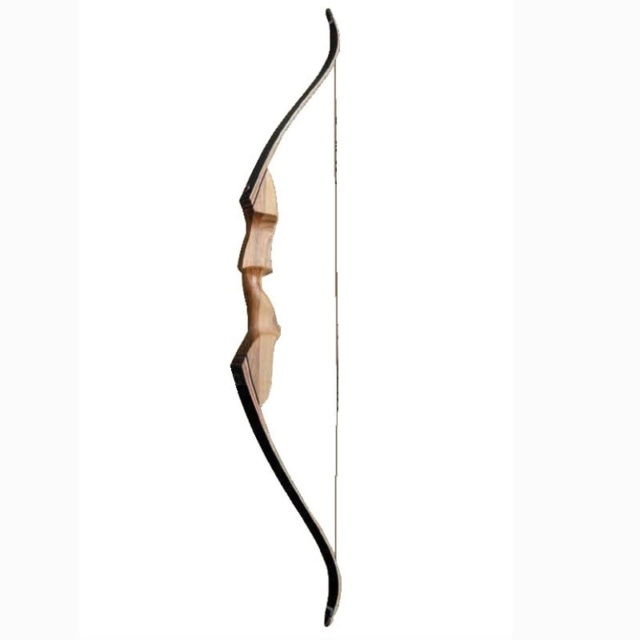 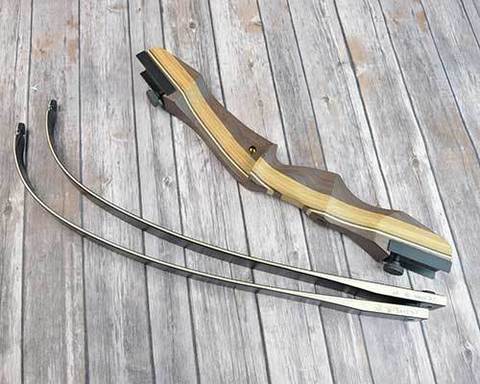 They look to be constantly modifying the design. That's not a bad thing.

Yeah...there are 3-4 outfits that have slightly different names on the same designs and tweak this or that every year or two...like the new Chevy or Ford models coming out each year. Various spins on recurve, longbow or hybrid designs. Good for business.

You know, I'd be interested in looking at an economy longbow or traditional recurve. A guy up the road from me was having a moving sale and had several bows for sale. There was a lovely longbow tucked into a corner; asked about it and he said, "Sorry; that one's not for sale. It was my grandfather's." Well, I totally get that! So anyway, if you have some suggestions to look at I'd appreciate it. Thanks.

Do you want a one piece bow...or a take-down?

BH, have you gotten out to shoot a little lately?

Probably just a one piece; looking for something pretty traditional. Not even sure I'll go for it; just something I've been thinking about.

There’s no “just” regarding a one piece. The take-downs are like a Toyota Land Cruiser. The one piece is more the Ferrari.

Look around over at the Lancaster Archery site. Pose a few questions on YouTube. Have fun.

Thanks. Good place to start.

The most significant benefit of a take-down bow (aside from being able to put it in a backpack or small trunk) is that you can buy one with 50 lb hunting limbs then buy a pair of 25 lb limbs for proper backyard practice.

Answer the question...if you could only have ONE bow...which one?

It’s what I would call a hybrid design...not a recurve. Very smooth.

It not only has SUPER high ratings by all reviewers, it comes completely set up and with most needed “extras” from TWIG. (Open up the description tab on the web page).