As some of you know from another thread, I said I would order the above pipe and give my opinions on it. I ordered it on Tuesday and received it today. It was packaged very nicely. Inside the box was an invoice with a handwritten note from Jayson Dagner thanking me for my business. Also on the invoice was a beautiful lipstick kiss from I presume the pipe girl in their videos. They also included a business card and some very cool Dagner decals, about a half dozen of them or so. When I get a worthy vehicle I may just put one in my window. Also included was a koozie with their logo on it, pretty cool!

Let's get to the pipe. The pipe is in a neat burlap pipe sock with the Dagner logo... pretty cool, again. The pipe itself is very cool looking! I am quite impressed so far. It definitely has that Custombilt look... I feel like I went back in time and somehow own a new Custombilt. The rustication looks really good. If the pipes are made on a duplicating machine, I feel like the rustication is individualized, because the pattern on mine does not match the pattern on the one in their pictures. The drilling looks spot on, very nice! The acrylic stem looks really good and fits perfectly... no gaps, etc. The stain is a little darker than the pictured pipe, but I actually like mine better. It looks great with the black stain around the top of the bowl and chamber. It does have the black stuff in the bowl which is not a problem for me, but I know some prefer it not to have that. If it really bothered me I would lightly sand it.


So overall, I would say I am very pleased at this point. I will come back to this in a few days with pictures and some further information after I have had a chance to have a bowl or two in it, but I really feel like I got a really nice pipe for not a really lot of money. More to follow...

ADDED: This is from Dagner's website. I will post a pic of my pipe in a couple of days. 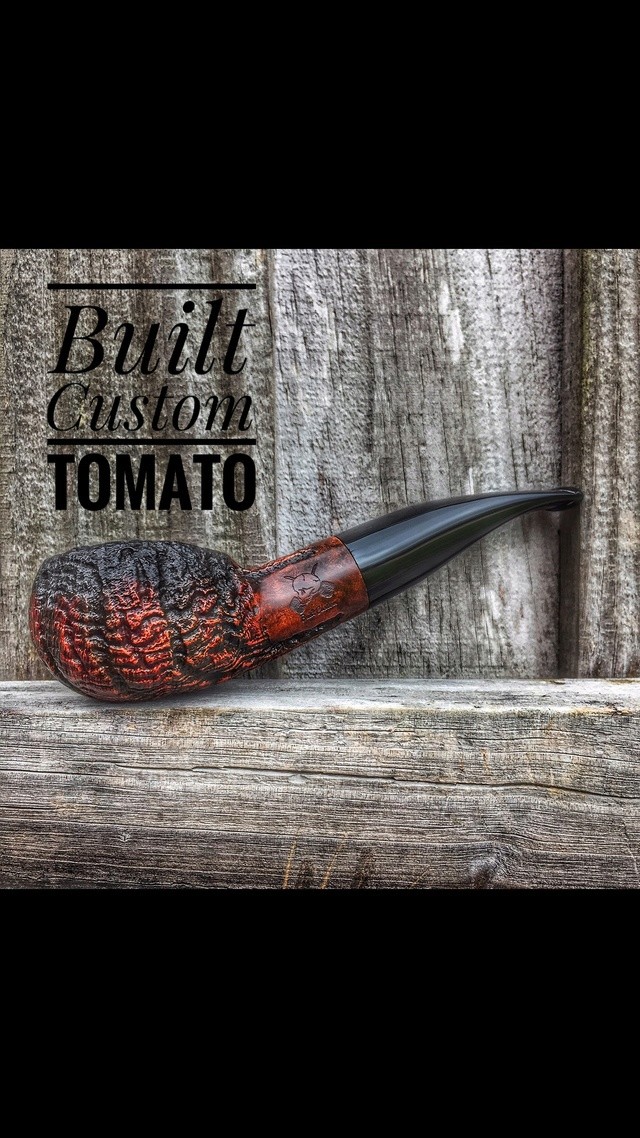 He makes some good looking pipes. Glad you're liking it!

Simple Man, I told you...you can not go wrong with that pipe selling for a good price. It's a beauty and I'm sure it will be a good smoker. Please post your thoughts after smoking a few bowls. Congratulations  :cheers:  :cheers:

ENJOY FOR MANY YEARS!!

Does anyone know who makes the pipes for Dagner? His webside just says an Italian firm. They're all really neat-o. I love the nose warmers especially.

I don't know, Mister E... I understand Chris Morgan also has some made in Italy. From what I see, whoever does it seems to do a fine job.

Rumors for quite a while that the pipes are made by the same maker of Aldo Velani pipes....( Aldo Velani is a fictitious name not a well known pipe maker ) which are made by pipe maker Cesare Barontini and family. Aldo's are their seconds. I own 12 plus Aldo's and all are fine smokers with no fills on their smooth finished pipes. I own a few of their sandblasted/rusticated pipes as well. Everyone of my Aldo's smoke as well as my Savinelli pipes. Except for my Savinelli 320KS Series pipes....exceptional smokers due to the wide chamber. Cesare Barontini and family manufacture a number of other pipes under many different names that are sold throughout the USA. ALL WELL CRAFTED, so it would not surprise me if Dagner and Morgan pipes are made by Cesare Barontini and family. When I visited the facility back in the late 80's the two sisters were making pipes. I was told then " we make pipes for the Tinderbox and many GDB's ( GDB command commission ) marketed today for the U.S.". They also explained GDB pipes were also made in France, which at the time I was not aware of. Both good brands that were well made at a very reasonable selling price. Not all GDB's are created equal, the GDB pipes made years prior in the U.K. were far superior then the Italian and French made marketed for sale in the USA.

Look at the colours and textures on that!

SM , if your pipe is half as nice as the one in the pic then you made out like a bandit! Really dig the rustication and colors on that. Love the old Custombuilt pipes as well.