My brother-in-law who makes knives sent me a "knife kit" - blade, guard and sheath - with the note: "Let your creativity run wild." It may have been a joke; I'm not sure. It's not a blade shape I would have chosen for myself (which is probably why he chose it ) and it's Pakistani stainless - probably not the best quality. I realize there are real knife makers here and I know that putting a handle on a blade isn't really making a knife, but anyway... I wasn't going to make an antler handle as that's kind of his trademark, but I suddenly thought of a piece I had (which he had also sent me a while back when I asked for some of his left overs for a use here and there). I remembered it had a little tine that might make a sort of finger rest and might fit with the blade shape that I see as kind of gnarly. Sure enough! It was a little short so I had to make a spacer. Now that it's done I see a few things I wish I'd done differently, but too late now, and I guess it's OK for a first (and probably only!) attempt... 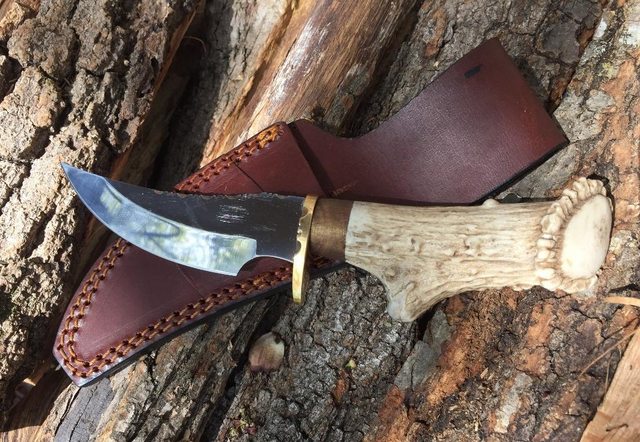 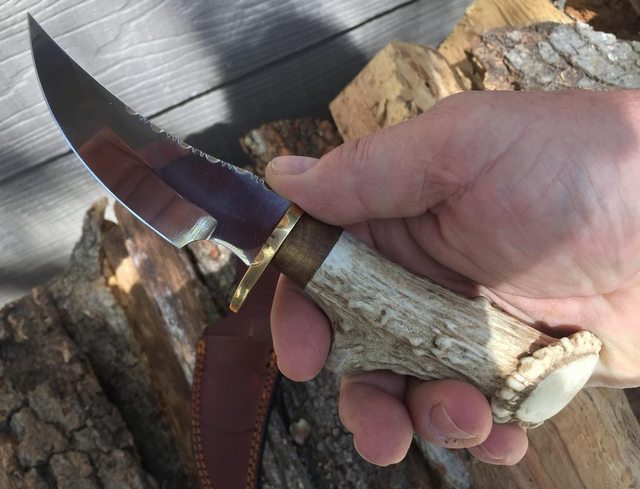 That is very cool Mr. Idle. Really like the finger rest thingy.

I like it. Even as a "kit" that would make a hell of a hunting knife IMHO. I have a Bowie knife with a handle like that but its to large to carry hunting. The one you made is perfect for carrying while hunting.

One of those days