My newest aquisition - A pipe 3 years in the making!

My newest treasure, is a pipe that was three years in the making, and it was made by, who else, but Pipemaker (Mr. Mike Brissett). Let me put this story, in the proper perspective. Mike did not actually work on this pipe, for three long years, however, it did take three years for all the pieces to finally come together, so to speak!

Over a period of around two years, ending about three years ago, Mike made four semi-custom pipes for me. I was able to show him pictures of pipes that I liked but wanted them in slightly different shapes, styles and finishes. I kind of explained what I was looking for and Mike took it from there. Then at one point, about three years ago, I showed Mike a picture of a pipe I loved, but again wanted a few simple changes. Mike told me that he could do it, however, after he studied it for sometime, he told me that it would take a special piece of briar for him to complete the design that he had in mind. Well time past, a lot of time past, but no pipe. Finally after about a year and a half, Mike made contact with me and we talked about it a bit. Mike just wanted me to know that he had not forgotten about the project, and that some day when he found the right piece of briar, he would make that pipe for me.

Well, to my surprise and extreme delight, I received an email from Mike last week, with pictures attached of that special pipe that I had been waiting for. Needless to say, I was absolutely thrilled.

I now have that special pipe in my possession! The first & second photos show the first four pipes that Mike made for me. The third, fourth and fifth photos, show that special pipe that was three years in the making. I Love It!!! 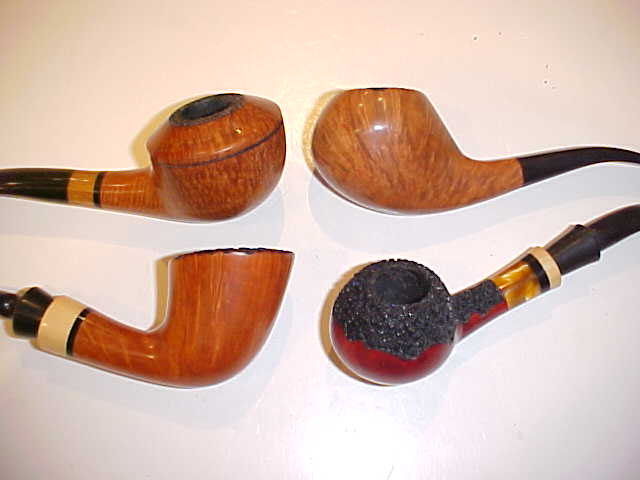 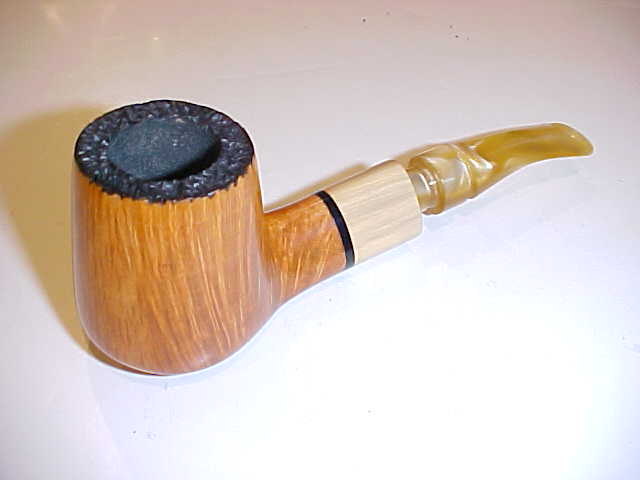 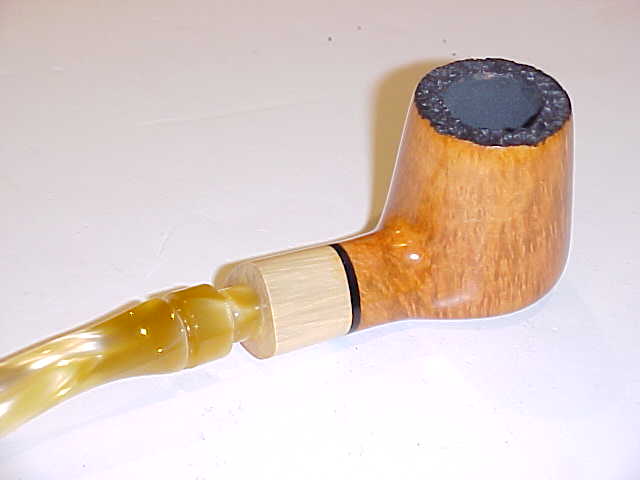 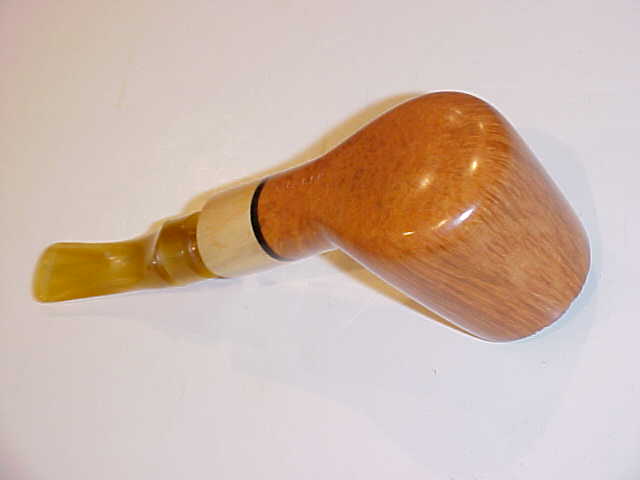 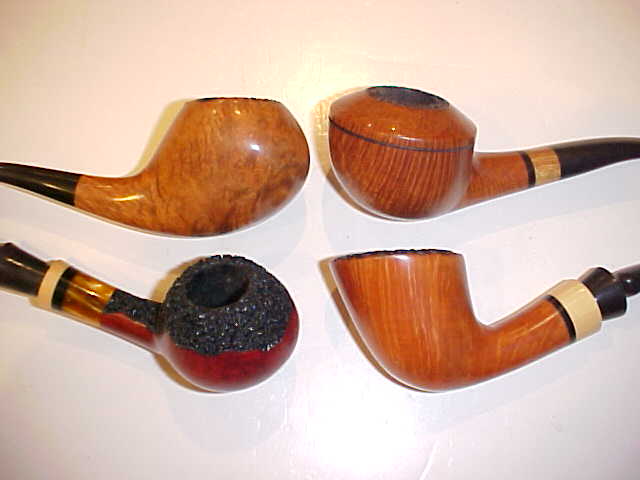 Mike does some incredible work.

Buying pipes from out of country suppliers

Save Me from Marketing
2