pipes you'd like to see, or see more of

Your dream shapes. Or, pipes you've seen, but have never seen another like it.

I think of this many ways. For one, Castello's 55 has been such an interesting, and great, take on the standard pot that other makers couldn't resist doing the 55 as well. So, we don't have to rely on Castello to be the only ones. Another example is the demand for someone to do the Devil Anse pipe from the Hatfields & McCoys mini-series. People saw it, and then they wanted to see more of it.

While I'm more of an Italian piper, I've always appreciated the freehandedness of Charatan, then James Upshall, and now Northern Briars. They could do truly whacky pipes as well as interesting variations on traditional shapes.

The problem is: I see some of these freehanded pipes and wish the originator would continue making them (or in greater numbers), or that someone else would seize the opportunity and make more of them, like with the Castello 55.

This hit me again the other day when I ran into a James Upshall that struck me as a not-attractive bastard shape. Is it an apple? A tall prince? With an elongated and robust lovat shank and stem? A mish-mash of traditional ideas that had me thinking about it for a couple days, and at some point...too late of a point...I wanted to have it. It was gone gone gone. It would even be interesting to see it with a tapered stem or a combination stem. Or heck, a double-cut Charatan stem would really be up my alley. I probably wouldn't go as much for the tapered stem, but the shape is prime for the messing. 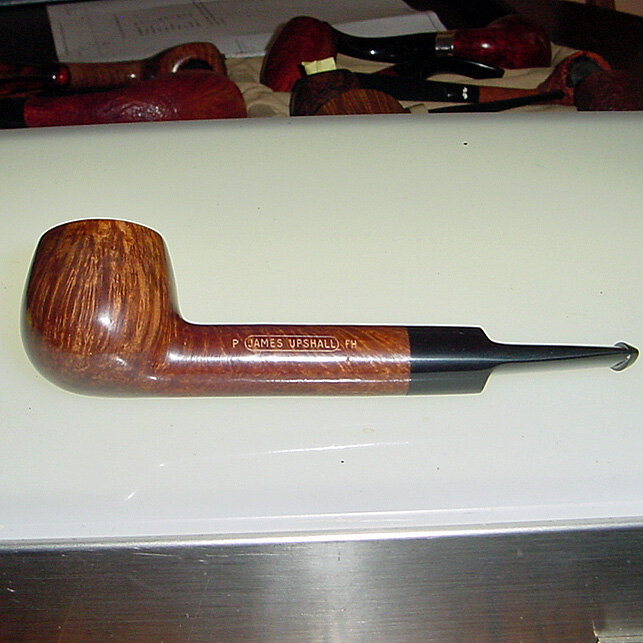 Pretty nice briar Marty Pulvers sold!! And, yes, pretty hard to nail down what to call it!! FTRPLT

I have a Charl Goussard, I got from a brother on here some years back, that looks similar that. It has a pot shaped bowl however. Love that pipe. Definitely an oddling shape in my mind but it works out pretty well functionally Haven’t seen anything else much like it. 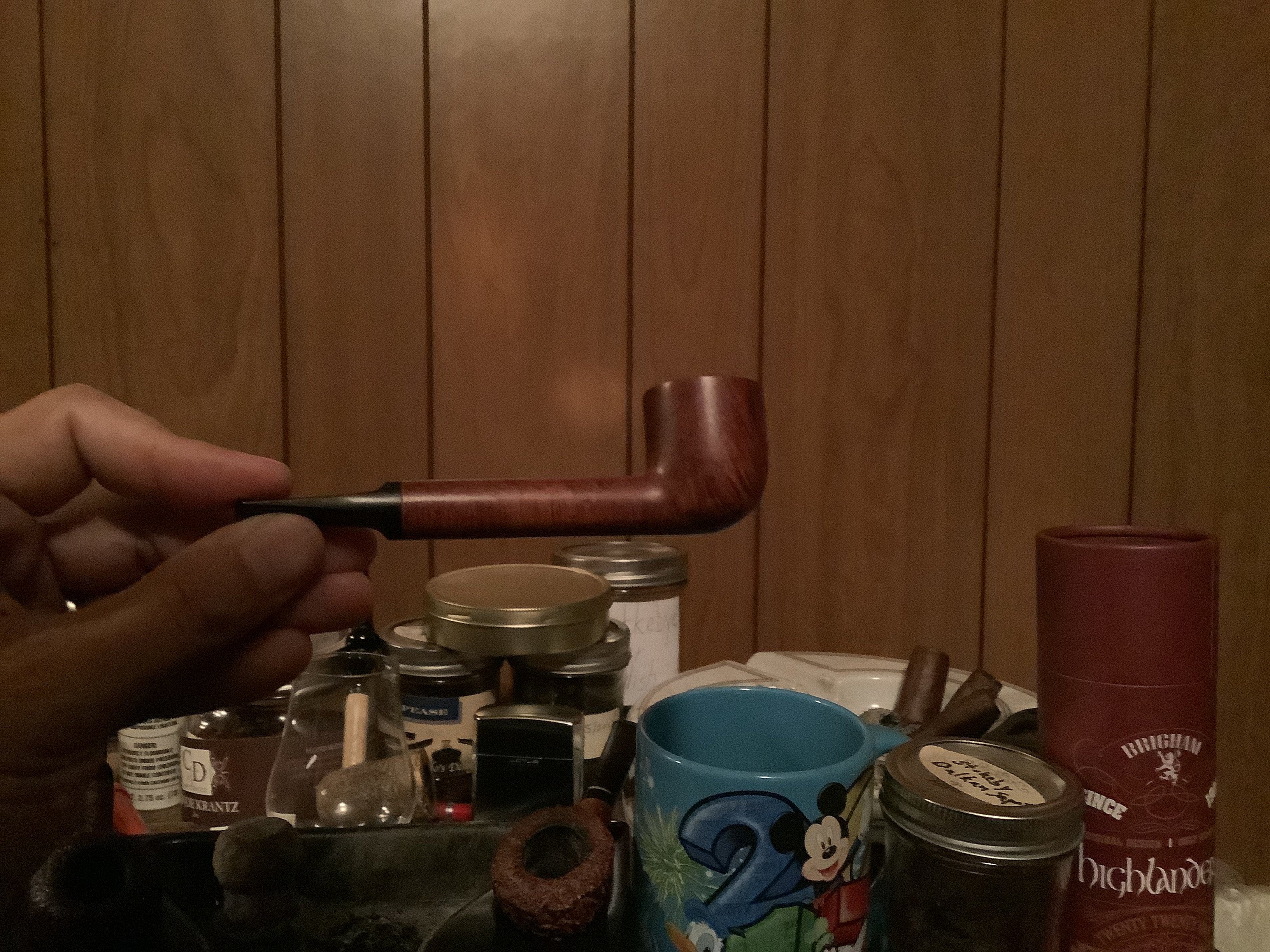