We had a snack at the Peoples Friendship Hall in Shanghai yesterday. It was just about the most opulent building I’ve ever seen; solid marble, overbuilt everything, and the most expensive restaurant in the city. Sharks fin soup with a few fixens was just over $400 a bowl. For that, I’d expect the whole damn shark, not just his fin! And to think, it was built by Stalin to show friendship and solidarity with the new PRC and Mao in the early 50s. I doubt many of the “people” got into this place back then.

What caught my eye were the symbols used to indicate mens from ladies restrooms. The ladies room had a high-heal shoe, while the mens room had a pipe. I wonder how many Russians or Chinese smoked pipes at that time? Notice the buildings architecture, if any of you have been to Moscow, you’ll recognize the Stalingothic architecture. Note also how it’s being surrounded and dwarfed by the creeping expansion of capitalistic skyscrapers. What would Stalin and Mao think today?

By the way, I did not have sharks fin soup (I’m a teacher eating on teacher's wages), but we had smoked ducks tongues, roasted fungus, raw garlic, and several beers. We got out for only about $12 US each. That evening, all I could think about where those poor, mute, quackless ducks, caused by my gluttony. 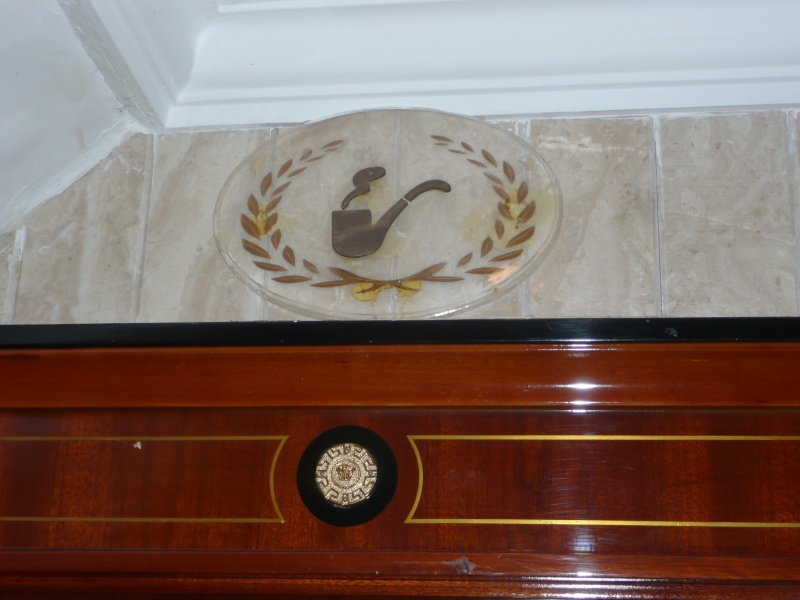 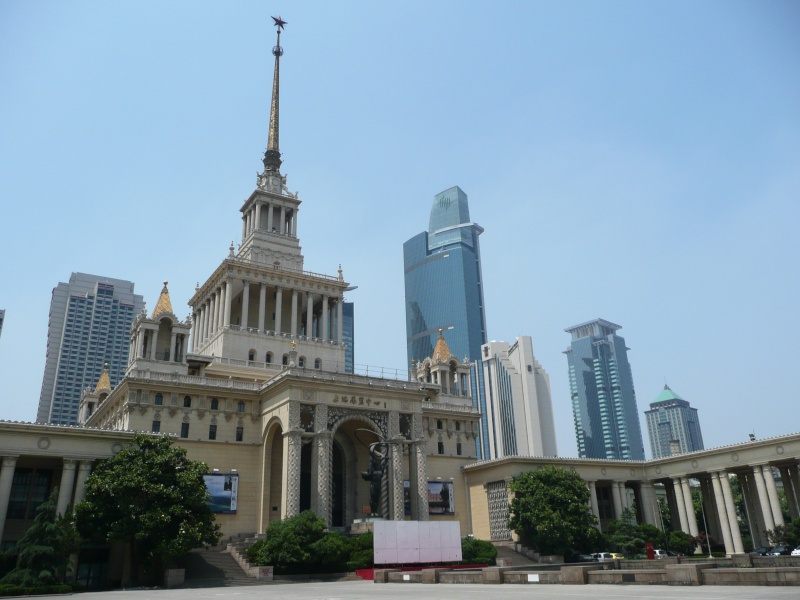 Know nothing about Mao's smoking; Stalin was a big Dunhill puffer. Supposedly never cleaned his pipes; just got new ones! Story goes that Churchill saw to it that Joe was well supplied with DH pipes and tobacco! FTRPLT

The old ones got sent east, or just... disappeared.

I have an Old Time Radio broadcast of news coverage from "the front" during WW2. Part of the news was that a high ranking military official in the USA made a gift of pipes and tobacco to Stalin.

And Hitler was a vegetarian who didn't smoke or drink.One of the biggest maniacs that
ever walked the earth.

For some follow up info, I just had lunch with a Chinese piper friend and he said that it's not uncommon to use a ladies high-heal shoe as the icon for the ladies room, and a pipe for the mens room in China, especially among more up-scale establishments. Learned something new today. It's such a Western icon, makes me wonder if it's a carry over from the Imperial/Colonial days of the later 1800s and early 1900s, when Europeans (and Americans and Japanese to a lesser extent) basically ruled and set the traditions of the victors, at least in Eastern/coastal China. The Bund (riverfront and former financial district) has British and French sections and opulent European architecture from that century. But I find it odd they would keep an icon from that period.

Natch":749h57sy said:
For some follow up info, I just had lunch with a Chinese piper friend and he said that it's not uncommon to use a ladies high-heal shoe as the icon for the ladies room, and a pipe for the mens room in China, especially among more up-scale establishments. Learned something new today.

Interesting concept of "a place to smoke my pipe"....
2