What are you smoking?

A couple minutes away from smoking 2012 Anniversary Kake in a smooth medium bend 1979 Chippendale (Charatan second) Rhodesian 49 with a black vulcanite stem.

Part way through this bowl of Stokkebye Natural Dutch Cavendish in a 1970s medium bend smooth Ben Wade Golden Walnut freehand with a black vulcanite stem. This will finish my smoking day. 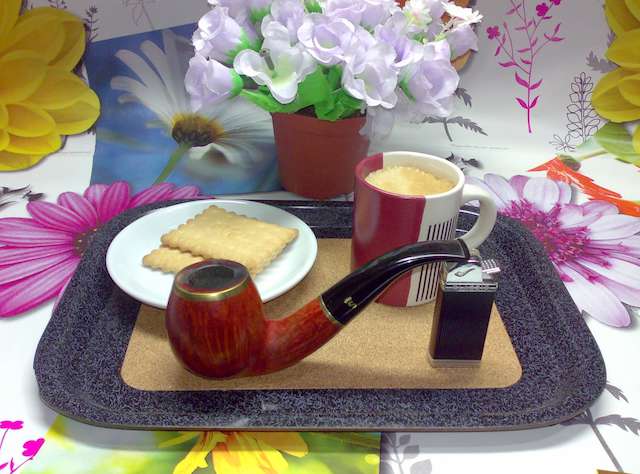 Starting off my smoking day with Edward G. Robinson's Pipe Blend in a 1982 black sandblasted paneled slight bend Savinelli flat bottom sitter with a black vulcanite stem. A glass of Simply Apple is my drink.

Relaxing after a grilled ham and cheese with a bowl of Wilke TC Black & Gold in a 2003 medium bent Ural meer with a lined and etched egg shaped bowl with a silver band and a pearl brown acrylic stem. Watching Gunsmoke and laughing at the fact that two of the villains are Darren McGavin and Simon Oakland, who later starred as Carl Kolchak and Tony Vincenzo in The Night Stalker. A bottle of Cheerwine made with pure cane sugar is my drink.

Now smoking Robert McConnell Scottish Flake in a 1970's medium bend big bowl rusticated Sienna colored Savinelli Estella with a pearl grey stem. This will take a while to smoke.

Now smoking Wilke TC Black & Gold in a 1979 no name French briar smooth full bend egg with a black vulcanite stem. This will get me to dinner time.

Relaxing after a wonderful chicken casserole dinner and am almost half way through this bowl of Wilke No. 111 in a smooth medium bend post-WW2 Pre-Republic Peterson Shamrock Killarney 9BC with a sterling silver band and a black vulcanite stem. 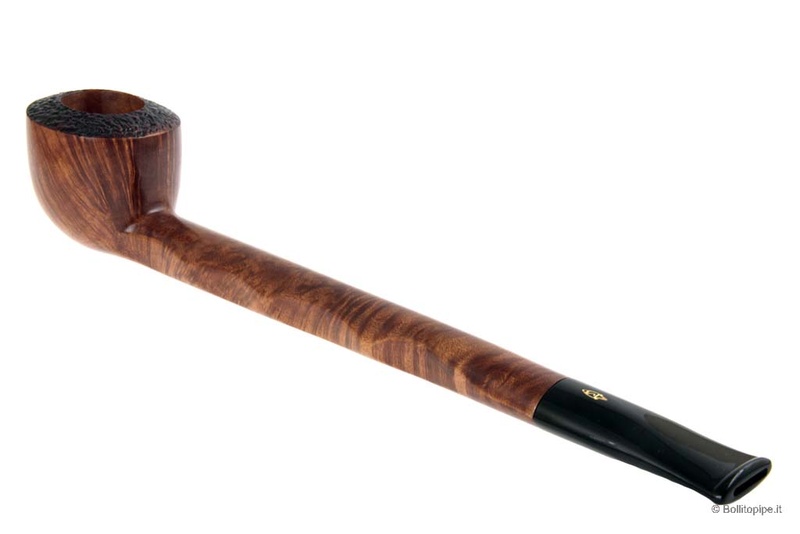 That last smoke went too quickly. I'll use a bigger pipe next time. Now smoking Director’s Cut in a smooth straight early 1960s Lane era Charatan Executive Extra Large stretch apple with diagonal channel cuts on the lower right and left of the bowl along with a black vulcanite double comfort stem. This pipe was formerly owned by actor William Conrad.